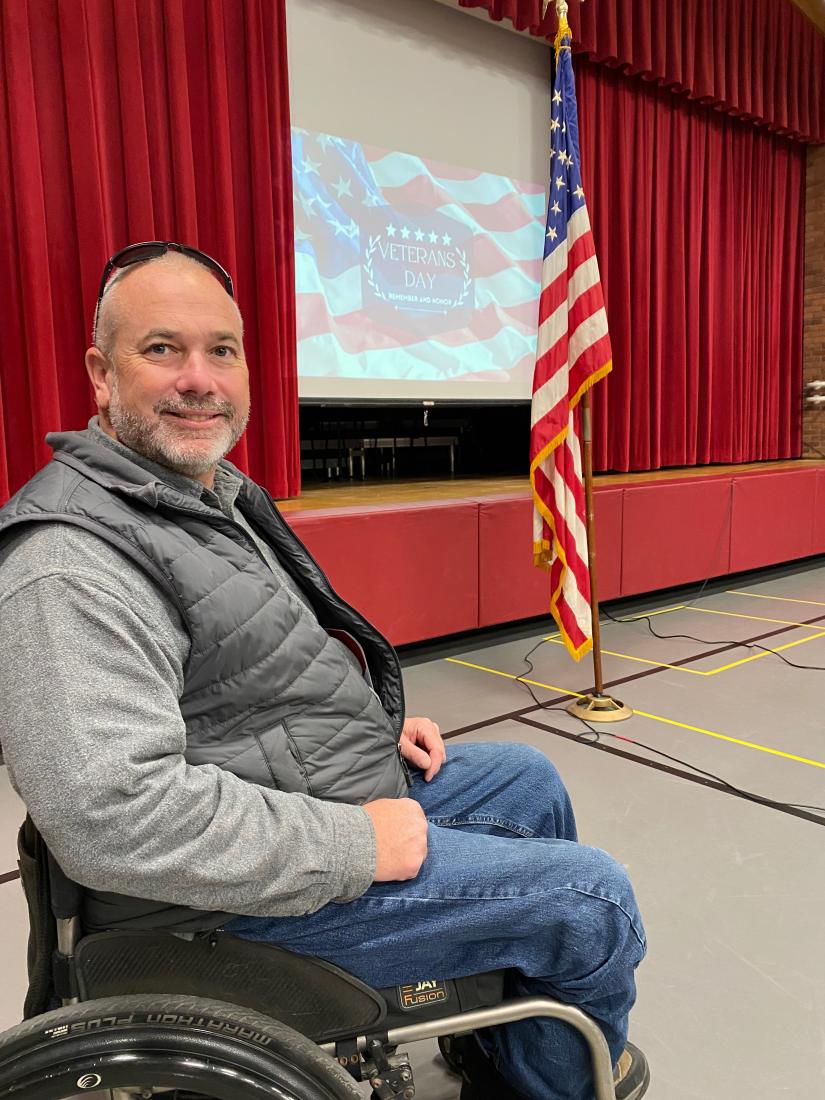 In a program organized by the Student Council in observance of Veterans Day, students at Sharon Center School (SCS) gathered for an assembly on Thursday, Nov. 10, to honor the service of two local veterans.

As it turned out, both veterans being honored for their service had children presently enrolled at the school, and 11 other veterans being individually recognized were relatives of students or staff, adding a sense of community.

Valyou joined the military following the 9/11 attack, serving in Iraq and Afghanistan. He spoke of loss brought by wounds, the victim of sniper fire that impacted his spine and caused him to lose use of his legs. He had served as a skydiver in the service. Before his injury, he had done 64 jumps, injured only once when he had broken a leg.

Other injuries endured and recovered from were due to exploding IUDs on occasion.

He told his audience that his son and daughter have no memory of him when he could walk.

In June of 2016, Valyou was presented with a “Smart Home,” in Millerton, fully handicapped accessible, presented to him and his family through the Tunnel to Towers Foundation. On move-in day, he recalled, the community turned out and saw him skydive into the front yard of his family’s new home. Favorable wind conditions and good fortune combined with his skill and he hit his target, he said.

Representing the third generation of his family’s military service, honoree Begley spoke of patriotism and his family’s commitment to fighting for and protecting the country. He served for four years in the Marines.

Begley noted that this Veterans Day represents the 247th year in the history of the U.S. military.