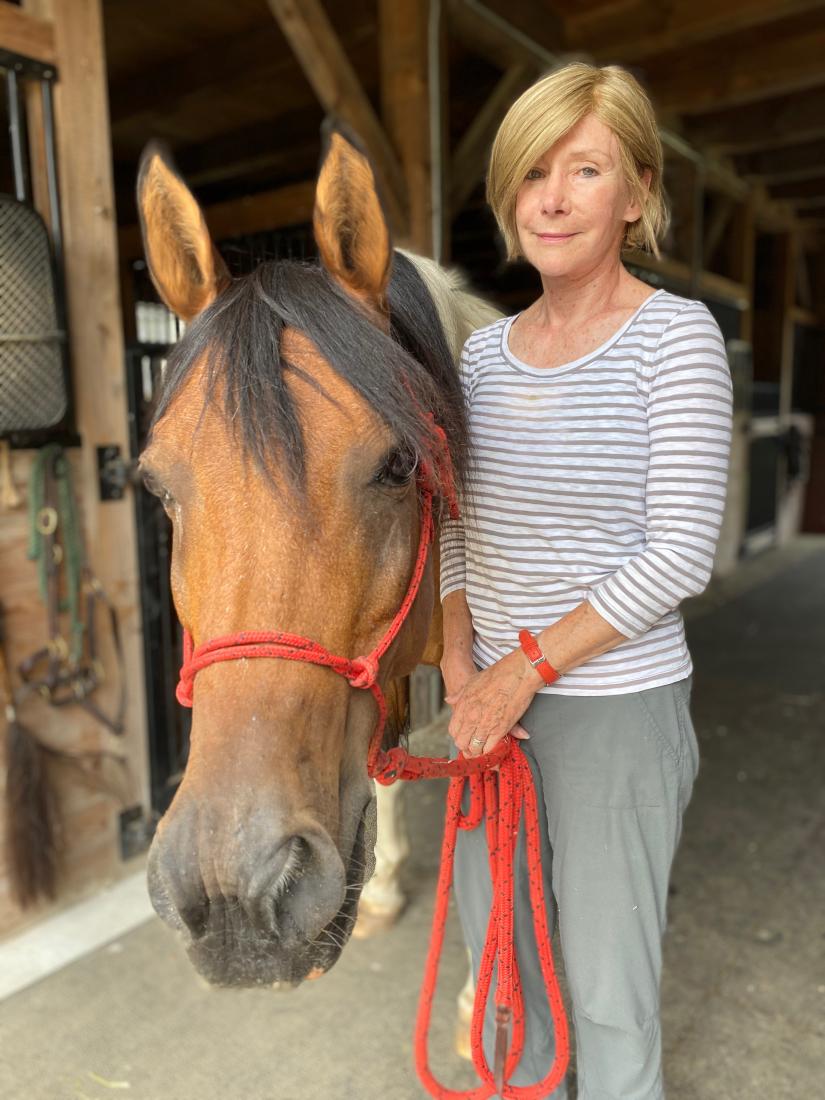 Equus Effect’s Jane Strong (with Dutch Boy Paint) has planned a COVID-19-safe gala at the Amenia drive-in for Sept. 12. Photo by Leila Hawken

Horse whispering at the drive-in, for Equus Effect

AMENIA — Bucking the trend of fundraising cancellations due to COVID-19, The Equus Effect in Sharon, Conn., has instead reimagined its fall event, planning a gala fundraiser at the drive-in on Saturday, Sept. 12.

In pre-coronavirus times, the fundraiser, now in its seventh year, would have been held under a tent on the grounds of The Equus Effect on Drum Road.

To accommodate social distancing and to provide the glamor of a silver screen event, Horse Whisperings will be held at Amenia’s Four Brothers Drive-In, where owner John Stefanopoulos promises a delectable pizza dinner delivered with aplomb directly to each car. And that’s just one feature.

Tory Jadow, a documentary filmmaker from Cornwall, is creating a short video for the gala that describes what The Equus Effect is and does, including programs to benefit veterans, health care workers and first responders as they confront trauma and stress in their pandemic-centered work.

The Equus Effect has offered its program free of charge to health workers throughout the summer, program director and founder Jane Strong noted.

The featured film of the gala evening will be “Buck,” the true story of Buck Brannaman, best known as a “horse whisperer,” whose philosophy and training methods form the basis of the program at The Equus Effect.

The program, as described by Strong, helps with “moral injury and emotional impact” trauma exhibited by some veterans as they transition from military active duty to civilian life. They work with the horses and are able to heal with the help of the large animals’ exceptional sensitivity.

“What horses feel is what they do,” Strong said, describing a profound ability to trust that is tempered by the wariness they develop as prey animals. “They question the intentions of everyone.”

Strong and her team are working to make The Equus Effect a program of choice for the Veterans’ Administration in helping veterans “who need to come home but who suffer the costs of locking feelings away.”

With a heart rate half that of humans, horses offer an innate calm and an honest temperament to help to relieve buried traumatic stress, whether induced by military service to country or pandemic-related service experienced by first responders here in the Tri-state region.

“We hope it will be a terrific evening out for the community — without the risk of being in one space together,” Strong said.

Future plans for The Equus Effect include expansion of the program to year-round, which would require the addition of an indoor arena for work during the winter months.

Horse Whisperings at the Drive-In is expected to sell out early, though Strong said on Monday, Aug. 24, “We’re not full yet.”

To reserve a space or for more information, go to www.TheEquusEffect.org.