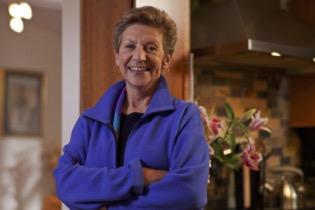 SHARON — Françoise Rubinsztein Friedlaender, an early woman pioneer in business and science, died suddenly on October 10, 2022 in Sharon Hospital. She was 76 years old. Throughout her life, and against considerable adversity, she identified her own path to independence and fulfillment, with remarkable rationality and calmness.

Born in the slums of Paris (Cité Lesage-Bullourde) just after the conclusion of World War II, where her parents and siblings had been subjected to the terror of the Nazis and the collaborationist Vichy police, she was an obviously intelligent but sickly child. Called “microbe,” she and her siblings had serious health problems due to the marginal nutrition and poor hygiene. Because of these health concerns, her parents sent her to live with a Polish farming family in the tiny village of Villers-Vermont in Picardy at age 6. It had a one room schoolhouse (the teacher was also the mayor), and one phone, at the bar. When she was 9, her mother committed suicide, likely because she had terminal cancer, a fact never revealed to Françoise — a major blow. However, Françoise persevered as a solitary child and skipped 2 grades of school.

After her grammar school years, her father expected her to enter the family tailoring business in Paris as a seamstress, but her teachers strongly recommended she continue her education.

She finished high school (Lycée Claude Monet), and, again against her father’s inclination, she went to a technical college, the Ecole nationale de physique, chemie et biologie de Paris. She graduated in 2 years and began a job assaying the amount of water in pills. Thoroughly bored, she quit after a month, to her father’s horror, but found another more suitable research-oriented position. However, she yearned to continue her education and leave her father and France.

Now age 20, she set her sights on Saint Louis, where a cousin found her a job as a medical technician at Washington University. Once there, she quickly realized she was more qualified than her peers with American bachelor’s degrees who were earning twice her salary, so she applied to the graduate school’s program in Theoretical Chemistry (she discovered it was the fastest way to a Ph.D. in the sciences). She finished in 3 ½ years, a breath-takingly short time (the title of her thesis is “Frequency dependence of the higher susceptibilities of the hydrogen molecule”.) After a post-doctoral interval at the University of Pennsylvania, she was hired by the DuPont Corporation in Wilmington, Delaware in 1972 — the sole woman scientist among 20 hires that year. She stayed there until 2003, applying her skills in computer modeling and statistics in different areas, but left to become an independent financial analyst with Market Edge Inc., where she was nicknamed the “Excel Ninja.” Meanwhile, she became an accomplished skier, motorcyclist, and scuba diver.

In 2000, she used Match.com, then a new online innovation, to meet her third husband, Jonathan Friedlaender, a biological anthropologist (he had also been married twice before).

One day, when she realized he was stymied analyzing all the biological data he’d collected, she suggested she might possibly be able to help (she did!). Thereafter she became fascinated with the developing field of bioinformatics, which had not existed when she was in graduate school.

She became an author on over forty research papers in childhood growth and development, human population genetics, and Neanderthal genomics, particularly concerning people in the Southwest Pacific and East Asia — another remarkable achievement. Her analytic skills and artistic illustrations clarified the often complex and cumbersome results of her colleagues.

These papers in genetics and anthropology revealed that people in this region have connections to especially ancient human migrations from other parts of the world no one had imagined, going back 30 and 40 thousand years.

Françoise and Jonathan moved to Sharon in 2007 and delighted in the natural beauty and outdoor activities of Litchfield County while they continued their work online. She never missed an opportunity to speak French, whether with new acquaintances or the local French club.

Their relationship blossomed and their partnership carried them until her untimely and sudden death with much love and fulfillment, even when facing serious health challenges to them both.

To her last days they remained as devoted to each other as newlyweds. Her friends will remember and love her particularly for her generosity, bravery of spirit, and kindness. She often said she had lived the American Dream.