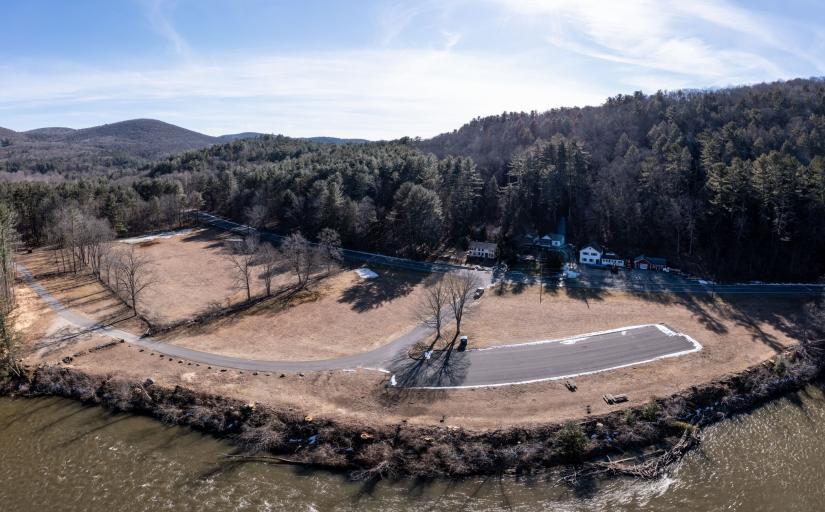 DEEP teams up with environmental groups

SHARON – The protests over the cutting of trees in Housatonic Meadows State Park last winter that brought policy changes at the state Department of Energy and Environmental Protection (DEEP), also led to a sprouting collaboration between the state and environmental groups with a goal to preserve and replenish the natural resources at the park.

The public outcry that following the cutting of more than 100 oak and pine trees in the park triggered proposed legislation in Hartford, led by State Sen. Craig Miner (R-30) and State Rep. Maria Horn (D-64). After last-minute wrangling, the General Assembly passed Senate Bill 238 at the end of its session in May. The bill placed new oversight over DEEP’s management of what it considers hazardous trees.

But before and after the legislation became law, DEEP had begun meeting with environmental organizations and a group of citizens who called themselves the Housatonic Meadows Preservation Action (HMPA). Shortly after the protests over last winter’s cutting, DEEP held a public meeting via Zoom in the first week of January. In early March, it made a site visit to meet with local environmental groups. In mid-March it held a second public hearing, followed by a plan that included maps, scope of work and budget numbers.

Scope of the Plan

The latest meeting between the groups was held on Wednesday, May 24, when discussion focused on a proposed plan to include new trees, plants to stabilize the river bank, address invasives growth and riverbank erosion.

Matthew Goclowski, a supervising fisheries biologist at DEEP, and Gerard (Jerry)  Milne, a forester with the agency, have held meetings to develop an overall project plan and timeline.  Another on-site meeting is scheduled for the first week in June.

“Nicely, they made our citizen group a local environmental group,” said Katherine Freygang, an ecologist and environmental educator in Cornwall and a member of  HMPA. “Everyone working on the project is well-intentioned and trying to make it all work.”

Bruce Bennett of Cornwall, another member of HMPA who is the tree warden in Kent, said he is positive about the state’s commitment.

“I believe them,” he said. “They have followed through.”

Bennett acknowledged that under the new law the state is only required to plant trees. The scope of work  proposed by HMPA includes, besides invasive controls and measures to combat erosion, a “biosystem” for wildlife.

The new law also didn’t provide any additional funding for DEEP.  But DEEP, when assessing the need for design of erosion and storm water management, included the Northwest Conservation District, a nonprofit that serves 34 town and cities, in the working group. The district can provide services that tap into federal Clean Water Act money for reimbursement.

Executive Director Cynthia Rabinowitz said that DEEP reached out to the organization specifically about erosion and storm water management along the river and the parking area.

“We talked about services that the conservation district might provide to help design mitigation practices,” she said. “We have funding that comes through DEEP. It’s not state money. It’s from the EPA, federal money that comes from Section 319 of the Clean Water Act.”

“It’s a pass through from the federal government,” Rabinowitz said.

There are three treatment areas targeted in the park for invasive species  management with a focus on Oriental Bittersweet. The goal to get started this summer with the hope that tree-planting can be take place in the fall.

The legislation requires DEEP to implement a tree replanting demonstration project at the park in consultation with state park or forest advocacy groups or organizations by Dec. 1.

Before that, under the law, DEEP also is required to deliver a hazardous tree mitigation policy by Aug. 1. Legislators envision that the policy would include consultation with a licensed arborist before designating and removing presumed hazardous trees, to give the public advance notice, and to consider replanting and other improvements after cutting has taken place.

“These are wonderful goals, although the language is a little bit light for our security,” said Freygang of HMPA. “They’re saying a licensed arborist but that doesn’t really give an indication of what we mean.  We were very specific about what that arborist had to be trained in.”

“They kind of skimmed over things a little bit in the bill, but on the other hand they put it all in, and that’s good,” she said.