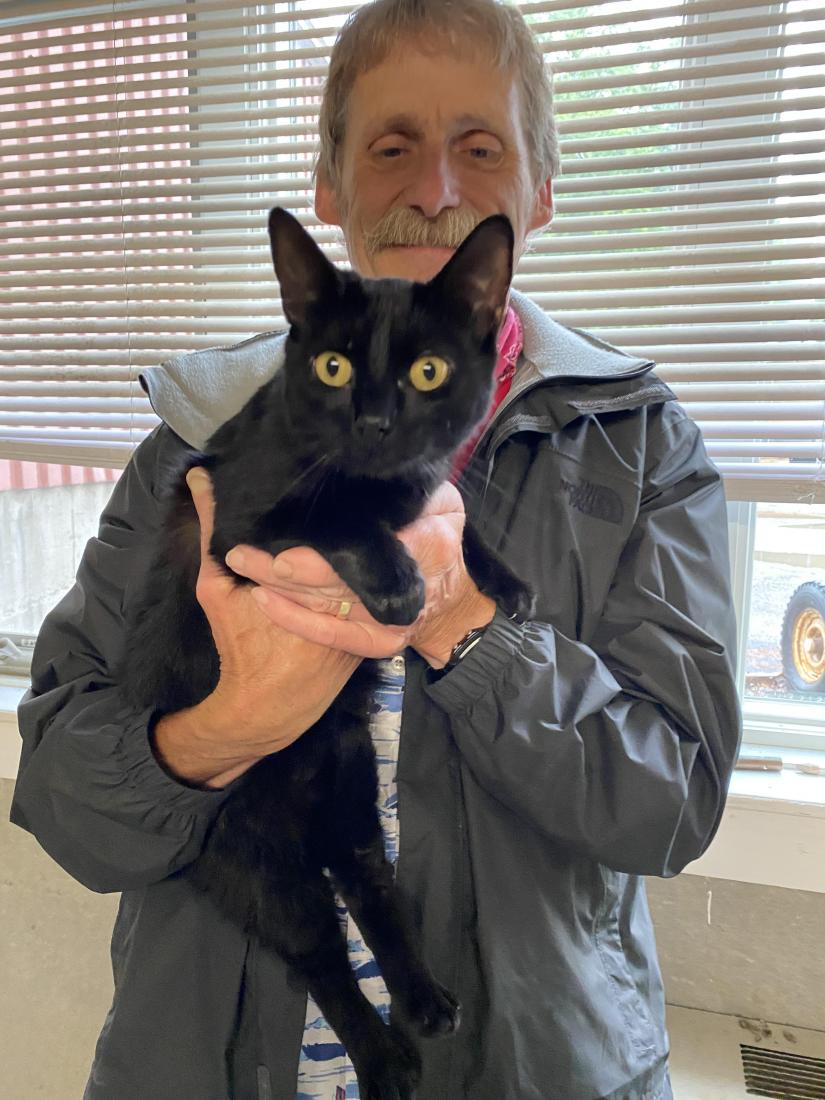 SHARON — On Saturday, June 27, Stephen Schumacher’s early morning trip to the beach strayed from the ordinary when he found a duffel bag floating in the water, and discovered that inside was an all-black adult cat.

“At 5 a.m. this morning at the Mudge Pond boat ramp in Sharon, I found this duffel bag with a bungie cord around it sitting in the water,” Schumacher said in a Facebook post that morning. “I picked the bag out of the water and heard ‘meow,’ a soaked frighten black cat was inside.”

The bag was floating about 20 feet from shore near the Mudge Pond boat launch. After Schumacher retrieved the bag and freed the 2-to-3-year-old female cat, he called Lee Sohl, the animal control officer for Kent, Sharon and Salisbury.

She took the animal into custody and brought it to Sand Road Animal Hospital in Falls Village before contacting the State Police at Troop B.

“It is the worst act of cruelty that I’ve had to deal with since becoming animal control officer,” said Sohl who has held the position for more than 25 years in the Northwest Corner.

As Schumacher’s Facebook post gained attention, garnering over 1,400 shares, Desmond’s Army Animal Law Advocates, an animal rights organization based in Connecticut, became aware of the case and soon after started offering a $1,000 reward for any information that results in an arrest.

Anyone with any information can contact Troop B in North Canaan at 860-626-1820 or call Sohl at 860-488-6476. Anyone who has information and wishes to remain anonymous can contact Desmond’s Army Animal Law Advocates at www.desmondsarmy.org.