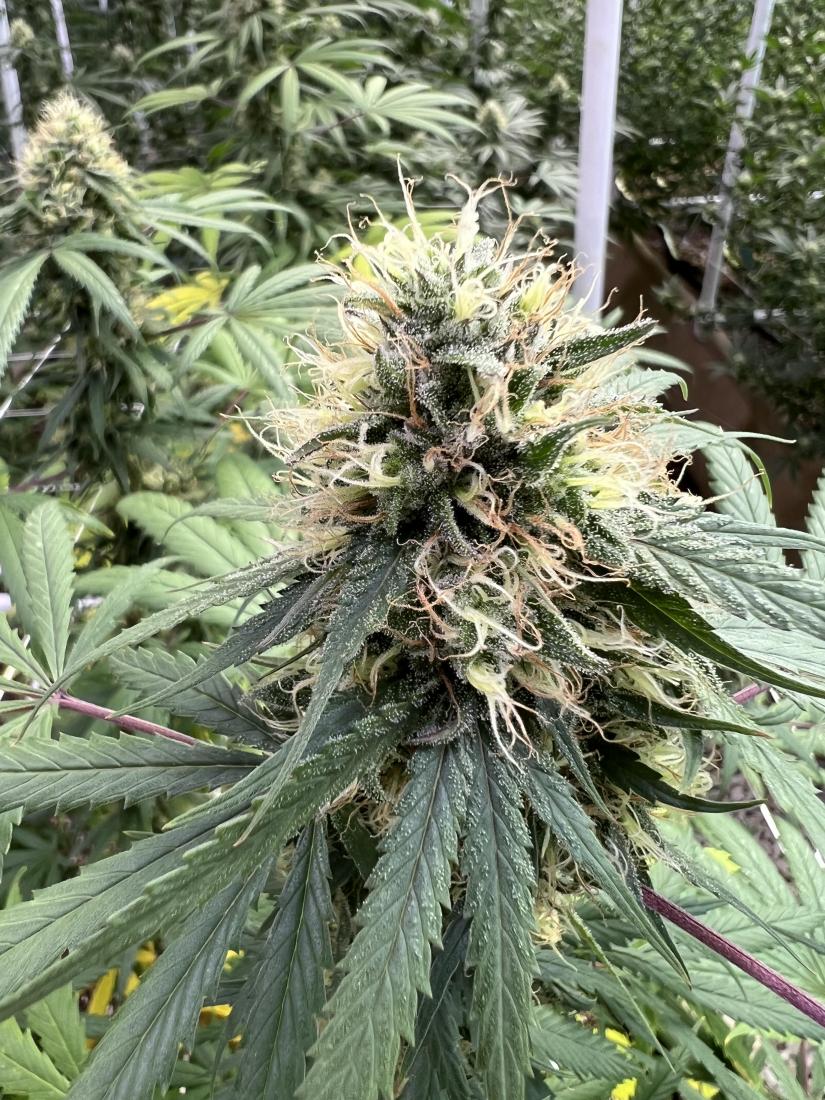 “Papaya Punch” is a popular item at The Pass in Sheffield, Mass. Photo by Hunter O. Lyle

The first in a series on the legalization of cannabis in Connecticut.

LAKEVILLE — Change is coming to Connecticut with the legalization of a recreational drug that was once part of an underground culture, and it’s a momentous step for a state that as recently as 10 years ago continued to honor its Puritan heritage by barring liquor stores from opening on Sundays.

Marijuana as medicine has been less controversial than recreational, as evidenced by the fact that only a handful of mostly conservative states such as Mississippi and Idaho continue to prohibit it. Still, the legalization of adult-use cannabis in progressive Connecticut did not happen overnight. Possession of small amounts was decriminalized in 2011 and an initial effort to legalize it died in 2018.

Unless it’s carefully planned in advance, the legalization of adult-use cannabis typically prompts a mad rush among the states as officials scramble to figure out how to regulate the cultivation and sale of a substance that, on the federal level, remains a Schedule 1 narcotic on a par with heroin, LSD and mescaline.

Until recently, almost all the states that legalized adult-use cannabis had done so through ballot initiatives. That’s mostly because elected officials were hesitant to leave their fingerprints on legalization, lest something go terribly wrong. So they were willing to let the people decide.

Except for legislatively referred constitutional amendments, Connecticut has no such mechanism for putting issues before voters in the form of a referendum, so it was up to the General Assembly to pass legislation, which it did last year. Some key Democrats withheld support for the measure unless it included provisions for “social equity.” More on that later.

For guidance and, in an effort to avoid mistakes already made elsewhere, Connecticut looked to other states that had already legalized the substance. As cannabis aficionados in the Nutmeg State are aware, the cultivation, sale and use of recreational cannabis-related products was legalized in neighboring Massachusetts through a 2016 ballot initiative. The measure passed by almost 7.5 percentage points statewide and by roughly 30 points in neighboring towns to our north such as Great Barrington and Egremont. Implementation of the new law was left to the hastily created state Cannabis Control Commission (CCC).

In Connecticut, officials opted against creating a stand-alone commission to regulate the industry. Instead, the state Department of Consumer Protection (DCP) was charged with regulating and licensing cannabis businesses. The DCP says it expects retail sales of adult-use cannabis to begin in Connecticut in late 2022 or early 2023.

For its part, the Bay State was able to learn from Colorado, which had legalized adult-use in 2012. What officials have found in both Massachusetts and Connecticut is that the barrier to entry into the business nationwide is quite high. Because cannabis remains illegal on the federal level, most banks will not loan money to cannabis entrepreneurs for fear of losing their federal charters. One Boston-area cannabis investor told the Boston Globe it takes at least $1 million to get started in the retail cannabis sector.

As a result, officials in Massachusetts were concerned that those who had been disproportionately affected by cannabis prohibition — mostly people in communities of color — would be among the least likely to obtain commercial financing.

The CCC subsequently created the Social Equity Program, the goal of which is to “ensure that people from communities that have been disproportionately harmed by marijuana law enforcement are included in the new legal marijuana industry.”

Last month the DCP allowed 16 cannabis cultivators to move forward with applications that had been previously approved by the Social Equity Council. The licensing fee is a whopping $3 million but those funds will be allocated into the state’s social equity fund to help social equity applicants.

The state has identified more than 200 census tracts that qualify as “disproportionately impacted areas,” including 12 in Litchfield County (11 in Torrington and one in Morris) but none yet in the far Northwest Corner towns of the Region One School District, according to the DCP website.

There is also the matter of cannabis cultivation needed to supply demand from retail outlets and consumers. Connecticut took a cue from Massachusetts, as officials here amended state statutes defining agriculture.

In what is surely the first of more to come, one social equity applicant, Hartford Cannabis Company, last week filed a lawsuit against the DCP, claiming it had been “wrongfully denied a provisional cultivator’s license” earlier this month.

“The terms ‘agriculture’ and ‘farming’ do not include the cultivation of cannabis,” the state Department of Agriculture announced not long after the General Assembly voted to legalize adult use.

This means that so-called “right-to-farm” communities may regulate cannabis production, and neighbors who have the standing may engage in litigation to stop it. Since the mid 1980s, at least a dozen towns, mostly in the rural eastern portion of Connecticut, have passed right-to-farm ordinances that broadly protect those who engage in agricultural activities from certain nuisance lawsuits and regulations regarding odors, noises and other nuisances associated with traditional farming. Cannabis cultivators do not enjoy those protections.

Next week: What are towns in the Northwest Corner doing to prepare for the retail and cultivation of adult-use cannabis?