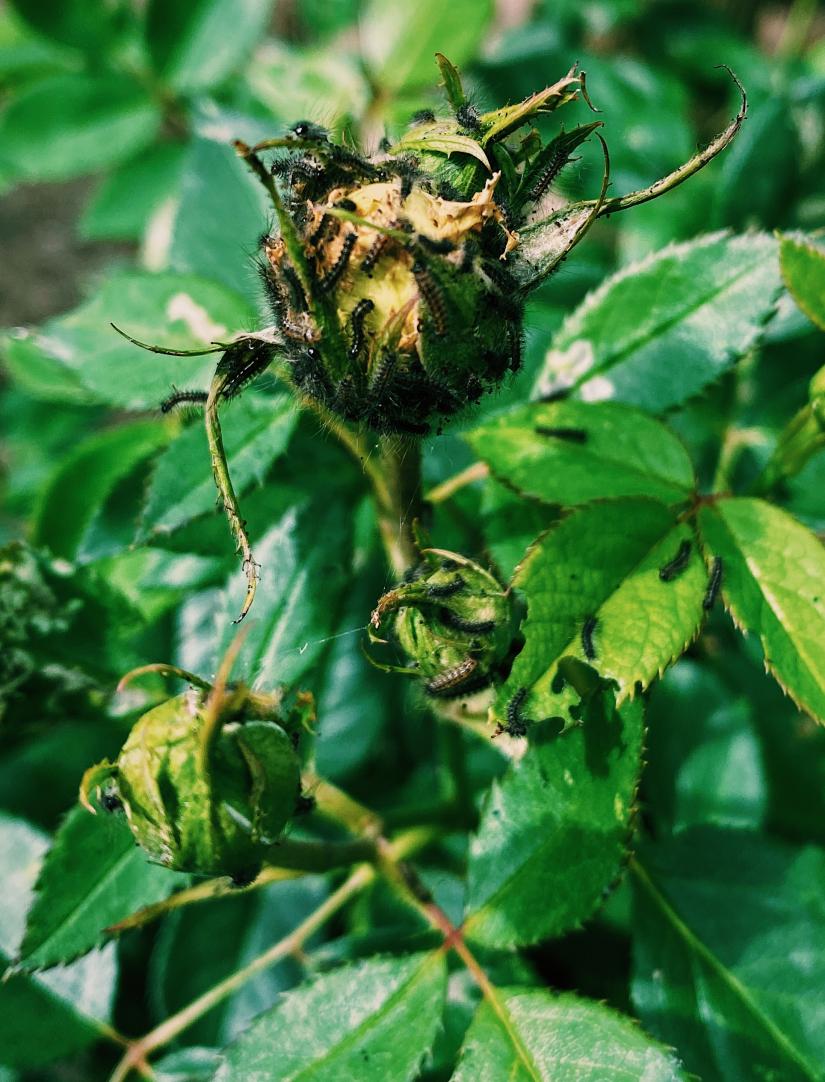 May 18, 2022
By
Leila Hawken
“The hatch is the biggest I have ever experienced. Only a week old and they are already stripping leaves off the white oaks.” Bruce Bennett, Kent Tree Warden

SALISBURY — Northern towns in Litchfield County are facing a heavy infestation of spongy moth caterpillars this spring along with significant potential defoliation of hardwood trees.

Spongy moth populations rose substantially in 2021 particularly in the Sharon-Cornwall area. This year, thanks to a strong feeding and breeding season, there are millions and millions of them. The insect formerly was called the gypsy moth before a name change this year recognizing it contained an ethnic slur.

Last year in mid-July, the healthy egg masses were deposited as part of a traditionally widespread infestation throughout the region.

Experts advised residents to take any small-scale measures open to a homeowner (scraping into soapy water), although the strategies would be inadequate to the magnitude of the problem. Best to hire a tree expert for the garden’s trees but accept defeat on anything on a larger scale.

“The potential is worse for this year simply due to massive growth in population from last year,” said Jeffrey Perotti, Tree Warden for the town of Sharon and a state-licensed arborist.

Speaking from experience in studying infestation over the years, Perotti said, “It is likely that the pest could be more prolific this year, and also just as likely that rainy weather could reduce its numbers through natural control.”

Bruce Bennett of Cornwall has noticed the same population rise this year. He also serves as Tree Warden for the town of Kent.

“The hatch is the biggest I have ever experienced. Only a week old and they are already stripping leaves off the white oaks, their favorite meal. The webs are everywhere,” Bennett said. He expressed hope that the recent wet weather will encourage the virus and fungal disease that should bring a collapse in the numbers.

As a cautionary note, Bennett said that he has discovered that he is allergic to what is likely to be a defense toxin emitted by the caterpillars. While mowing his lawn, his exposed arms were covered in numerous welts caused by the tiny worms, he said.

Offering advice on dealing with the issue now, Jodi Cahiliane of Ward’s Nursery in Great Barrington said that homeowners often use a tree wrap treated with tanglefoot gum to impede the daily ritual when larvae climb the tree’s trunk. Another solution is a bio-rational pesticide best used when the caterpillars are less than an inch in length. It is called Thuricide, a naturally occurring bacterium (B.t.k.) that is relatively safe for good organisms and other beneficial insects, Cahiliane said.

Larger trees or broader infestation problems would need an arborist’s services to apply the B.t.k. solution, she added.

“Our 2021 state-wide egg mass survey, especially in northwestern Connecticut, showed large amounts of spongy moth egg masses, which leads us to believe there will be a continued hatch and extensive caterpillar activity in 2022,” said Dr. Victoria Smith, deputy state entomologist at the Connecticut Agricultural Experiment Station.