Skip to main content
THIS WEEK'S DIGITAL EDITIONS
Home / Home
Home » Salisbury » In spite of obstacles, Trans Am weekend at LRP was a winner 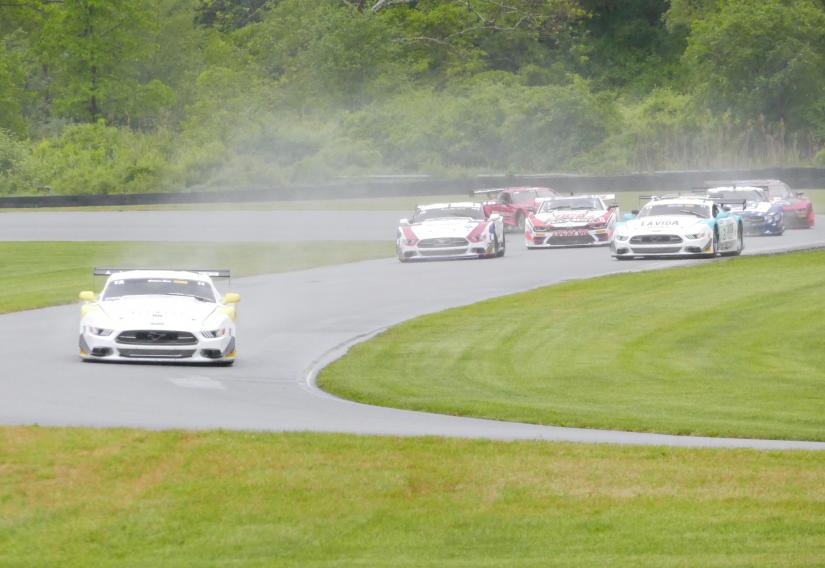 Despite a wet, slick track that kicked up spray, races were held Memorial Day weekend. Photo by Lans Christensen

In spite of obstacles, Trans Am weekend at LRP was a winner

LIME ROCK PARK — Memorial Day weekend is traditionally the big-event season opener for the race track at Lime Rock Park. As anyone knows who lives in this part of the world, the weather is often unpredictable for the holiday weekend. Rain is tough when you’re planning a picnic; it’s even tougher for anyone trying to plan a large outdoor event — especially if that event features cars that sometimes have treadless tires, moving at high speed around a wet track made slick with engine oil.

Add in the complexities of trying to plan an event at this moment in COVID-19 history, when restrictions are changing fairly quickly.  Most venues are now open to the public again, with masks required for anyone who isn’t vaccinated. But it wasn’t known, months ago, when planning began for Memorial Day racing at Lime Rock, who would be allowed to enter the park.

All these factors had an impact on planning and sales for the track’s Memorial Day weekend Trans Am event, according to the track’s chief commercial officer, Charley Delana.

“On the ticket sale front, we didn’t have the normal timeframe to sell tickets that we would normally would have had pre-2020,” he said in an email, “so that condensed the timeline of availability for fans to decide to come out to the track this year.

“The weather was of course (as always) a significant factor and, unfortunately, it was not a picture-perfect weekend! But it was very encouraging to have the walk-up ticket sales that we did, with our heartier fans making the commitment to being out in the conditions and joining us for our first major event in ages.”

The racing weekend was opened with a flag waved by state Rep. Maria Horn (D-64), who gave the signal for the drivers to start their engines for the first race.

“Our pre-race ceremonies also included an invocation by the Rev. Heidi Truax of Trinity Lime Rock Episcopal Church, as well as an outstanding rendition of the National Anthem by the Casey Sisters,” Delana said.

The track now has a new ownership team, working in partnership with longtime owner Skip Barber.

“Operationally it was a very smooth event,” Delana said, “and with this one under the collective belts of the new ownership group, we are all gathering our notes on what we learned last weekend to put to use when the IMSA WeatherTech championship visits July 16-17.”