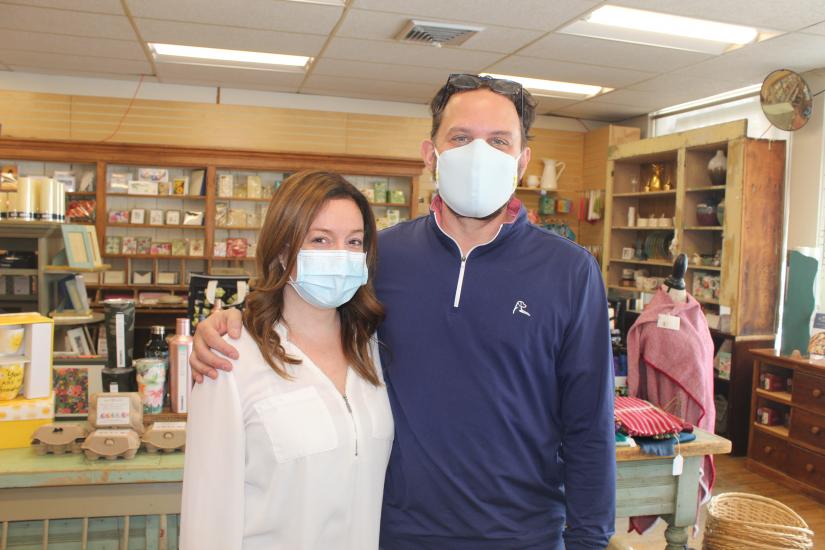 The Salisbury General Store will no longer fill prescriptions,  according to Larissa Vreeland, left, manager and buyer, and owner Peter D’Aprile, at right in photo. Photo by Patrick L. Sullivan

The announcement on Monday, Feb. 22, that the store (now called the Salisbury General Store and Gifts) was out of the prescription business caught patrons by surprise.

In an interview on Tuesday, Feb. 23, at the store, with the empty shelves in the pharmacy area visible, owner and pharmacist Peter D’Aprile said he was losing money on 25% of prescriptions, a course that was unsustainable.

“It all boils down to insurance reimbursements,” he said. Payments are too low and take four to six weeks to arrive, causing cash flow problems.

D’Aprile said the Salisbury pharmacy was filling about 500 prescriptions per week, compared to CVS in Millerton, which handles between 2,000 to 3,000 per week. At the Kent Station Pharmacy, which he also owns, the volume of prescriptions is high enough to make up for any losses, he added.

D’Aprile said if he could break even on prescriptions, he would continue filling them.

As to the rather abrupt notice, D’Aprile said he was bound by contract as to when he could make the announcement. He wasn’t happy about it, either.

“I called them and said, ‘When can I tell people?””

On social media, many customers complained that transferring the prescriptions to the Millerton CVS didn’t help them, as their prescription plans must remain in-state.

Last week Noble Horizons sent a note to its residents informing them that Sharon Pharmacy was willing to take on their business.

D’Aprile and store manager and buyer Larissa Vreeland were upbeat about the future of the store, however.

D’Aprile said the area where the pharmacy was would be utilized for more floor space.

Vreeland said she would continue to concentrate on goods made either locally or in the U.S., and to offer things that chain stores like CVS do not carry.

She asked customers to tell her what products they would like to see the store carry.

The store will also continue to stock over-the-counter drugs.

D’Aprile noted that on many common items carried by both CVS and his store, his price is less.

Correction: A previous version of this article here and in the March 4, 2021 edition of The Lakeville Journal incorrectly stated that the pharmacy employees had all found new positions. In fact, two of them are looking for new positions.