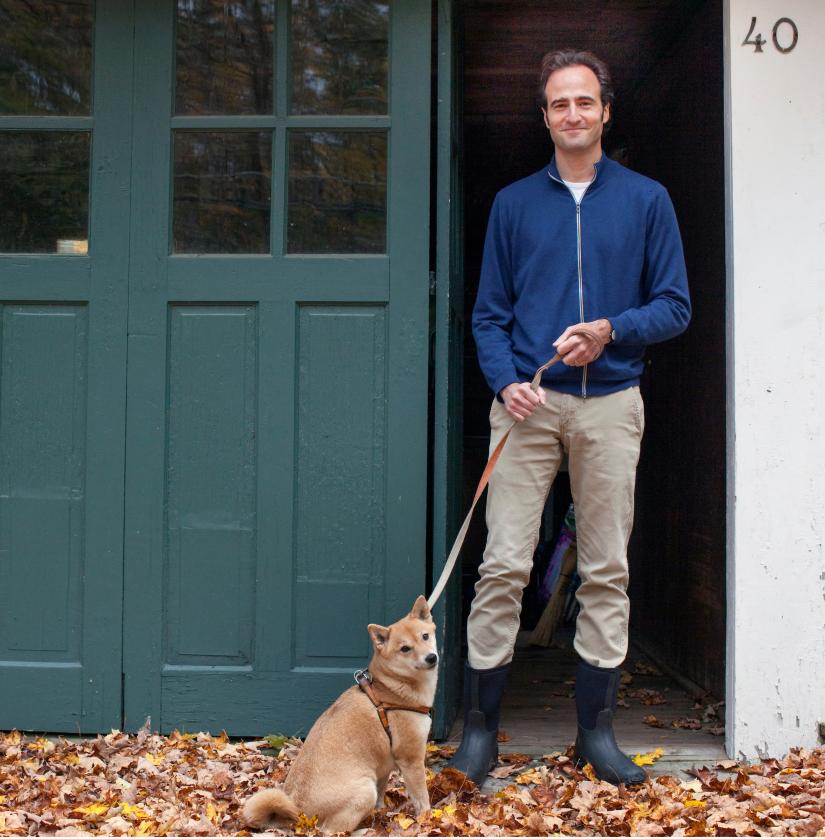 Author David Kamp will talk about his new book on Children’s Television Workshop on Friday, June 12. Photo by Wendy Carlson

The Northwest Corner and the roots of Sesame Street, in June 12 author talk

LAKEVILLE — A “happy accident” is how author David Kamp describes the optimistic contingent of Northwest Corner residents who, in the early 1970s,  helped revolutionize educational television for children, thereby closing the “achievement gap” between kids from lower-income and middle-class households.

Among those who contributed to the cultural movement a half century ago that created beloved shows like Sesame Street, The Electric Company and The Muppets, and were among the originators of the nonprofit Children’s Television Workshop (CTW), are names with deep roots in the area: the late Robert Hatch, owner and editor of The Lakeville Journal from 1986 to 1995 and an originator of CTW;  Frank Oz, former Cornwall resident and the creative genius behind several Sesame Street characters; and Al Gottesman, Henson’s long-time attorney and one of The Lake­ville Journal Company’s investors since 1995.

Kamp, author of the newly released book by Simon & Schuster, “Sunny Days: The Children’s Television Revolution that Changed America,” will talk on June 12 about the pivotal time in history when children’s television came of age. The online event will benefit the Hotchkiss Library of Sharon.

“Bob Hatch was a major player in the launch of Sesame Street,” said Kamp.

As the public relations executive for Sesame Street, “Bob Hatch did an excellent job getting the show onto the public’s radar,” said Kamp.

Before its launch in November 1969, Hatch helped solicit support for the idea of television as an educational tool among parents, in Congress and among educators. In 1972 he was appointed vice president of public affairs for CTW.

Oz, the vet and the shiba inu

In addition to serving as legal counsel to Henson, it appears that Al Gottesman was an inspiration for a character on Henson’s colorful puppet program, Fraggle Rock, which debuted in 1983 and enjoyed a four-year run.

According to the website Muppet Wiki, Gottesman is the name of Sprocket’s veterinarian, mentioned as simply “the vet” in several episodes.

Kamp had an overlap with another essential Sesame Street creator: Frank Oz, who was the voice of many of Henson’s Muppets, including Miss Piggy, Fozzie Bear, Cookie Monster, Bert and Grover. He also was the voice of Yoda in the Star Wars films and became a successful film director in his own right (and briefly appeared in the recent film “Knives Out”).

“Frank Oz had a house in this area,” recalled the author. “His daughter, Hadley, was a dog walker for me” when he had writing deadlines. Kamp and his shiba inu, Trixie, are a familiar site out walking around Lakeville.

Kamp notes that, today, there might be backlash against Children’s Television Workshop and its largely white Northeastern liberal elite creators.

“People use that term almost in a weaponized manner these days,” Kamp said. “What was remarkable was the openness back then. It was not seen as an uppity culture war.”

The late 1960s and early 1970s were a time when artists, entrepreneurs and politicians worked together to help all children learn and become better citizens. The early days of CTW were also a period of unprecedented buy-in from parents. The reasoning at the time, Kamp said, was the idea that “if we uplift the most disadvantaged children in society, that will uplift the whole society.”

The author talk with David Kamp to benefit the Hotchkiss Library of Sharon will be on Friday, June 12, at 7 p.m.

Among his books are the national bestseller, “The United States of Arugula,” a chronicle of modern America and how we eat.

The June 12 talk is one in a series of ticketed online author events that will continue throughout the summer via Zoom. Each will have a presentation or reading by an author followed by a question-and-answer session.

The cost to participate is $25 to watch the talk, $75 to also buy a copy of the book with a bookplate signed by the author.

For details on this and the remaining talks in the series, go to www.hotchkisslibrary.org or call 860-364-5041.