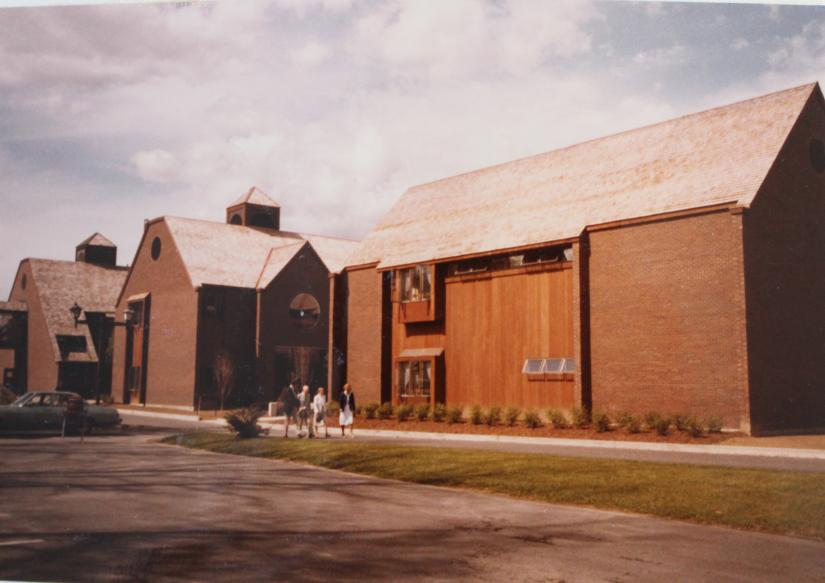 Noble hopes to celebrate 50th anniversary before end of year

The facility was started in 1972 with 20 cottages for independent living for seniors;  a residential hotel with a capacity of 26 people was added later. Noble now has 50 cottages.

There are three levels of care: independent living in the cottages; the residential hotel with single rooms and suites; and 24-hour skilled nursing care.

In a phone interview Wednesday, Jan. 19, Noble Administrator Bill Pond said the nursing care unit currently has 63 people, with a capacity of 65-68 depending on staff availability.

The residential unit currently has 19 people, with one opening, and all the cottages are occupied except two, which are being kept available for staff with long commutes.

All this is a far cry from what is detailed in a brochure from Noble’s early days.

The brochure’s cover shows a group of cottages in the snow.

Cottage rentals were $135 per month for a one bedroom, $150 for a two bedroom, utilities included.

Noble’s first administrator, Eileen Mulligan, retired in 2017 after 43 years. In an interview that year with The Lakeville Journal, she recalled that in 1974 there were no medical facilities at all.

Mulligan said that, when she came in 1974, the facility was only two years old, and nobody had thought about adding services.

“But I came from a facility that had that continuum of care.”

She said it was also becoming apparent to Noble’s parent company, Church Homes, that there was a market for expanded services.

The idea of expansion required some salesmanship, however — not least to the existing residents.

“They resented the idea of a ‘nursing home.’”

But Mulligan was able to convince people that a more comprehensive approach would be helpful and desirable.

Pond, now with Noble for four years, said the COVID-19 pandemic has put a hold on any plans for adding to or enhancing the facility.

After keeping the pandemic at bay, Noble’s streak finally ended and there are several individuals who have tested positive.

Pond said the patients have mild or no symptoms.

“We’ve been dealing with COVID-19 for two years. It’s occupied everything. It’s been two years of trying to maintain everyone’s well-being.”

Asked if there will be any events for the 50th anniversary, Pod was cautiously optimistic.

“We hope to salvage something in the third quarter, in the warm weather. If the indications are accurate, COVID may be mostly behind us by then.”

To read articles about the opening of Noble Horizons from Lakeville Journal issues of that era, see below.