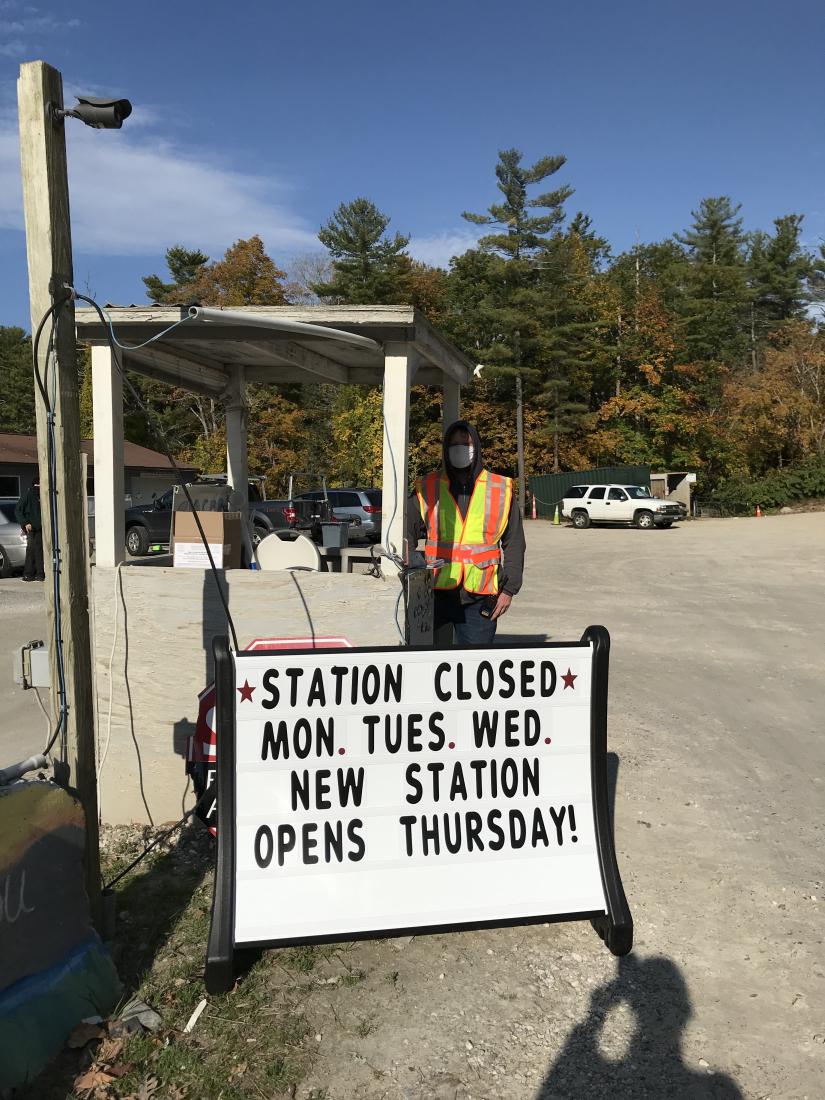 The Salisbury Sharon Transfer Station closed its old location on the Sharon Road in Lakeville on Monday, Oct. 12 (which was also a  federal holiday), so the station could move to its new location at 410 Millerton Road. Photo by Cynthia Hochswender

SALISBURY — First Selectman Curtis Rand of Salisbury made it official at the Monday, Oct. 5, meeting of the Board of Selectmen: The new Salisbury-Sharon Transfer Station will open for business on Thursday, Oct. 15, at 8 a.m.

The new location is at 410 Millerton Road/Route 44, just before the New York State border and the town of North East/Millerton.

The old location, which is on property owned by The Hotchkiss School and had been leased by the town for decades, was closed from Monday, Oct. 12, for the move.

Transfer Station Manager Brian Bartram said the old station on the Sharon Road/Route 41 has to be shut down before the new one can open, according to the state Department of Energy and Environmental Protection. There will be a sign at the old site directing patrons to the new location.

He said on Friday, Oct. 9, that there were still many small details  that had to be tidied up before the move, which had been scheduled to happen several times earlier this summer. The transition has been complex.

Bartram warned that at the new station, all users are expected to unload their trash for the “general hopper” and carry it to the hopper by hand or in one of the carts provided at the transfer station. Everyone has to be careful about returning the carts, so they don’t roll or get blown into vehicles and/or people.

At the old location many patrons with large loads back their vehicle up to the hopper, and throw their trash directly from the truck bed or car trunk into the hopper. To do that now, vehicle owners will have to pay  $10 fee per visit at the entrance to the new station.

Another change: Anyone who brings leaves from their yard will now have to put those leaves into kraft paper sacks, because the new station, though large, is not large enough to accommodate a leaf mountain like the one at the old site.

All stickers must be up to date and will be checked at the entrance to the new station.

For the next few weeks, it would be a good idea to expect a transfer station trip to take a little longer than usual, as everyone gets used to the new layout.

Bartram said that signs have been placed at the old transfer station this week in anticipation of the move; and that brochures will be handed out with information on what goes where at the new station.