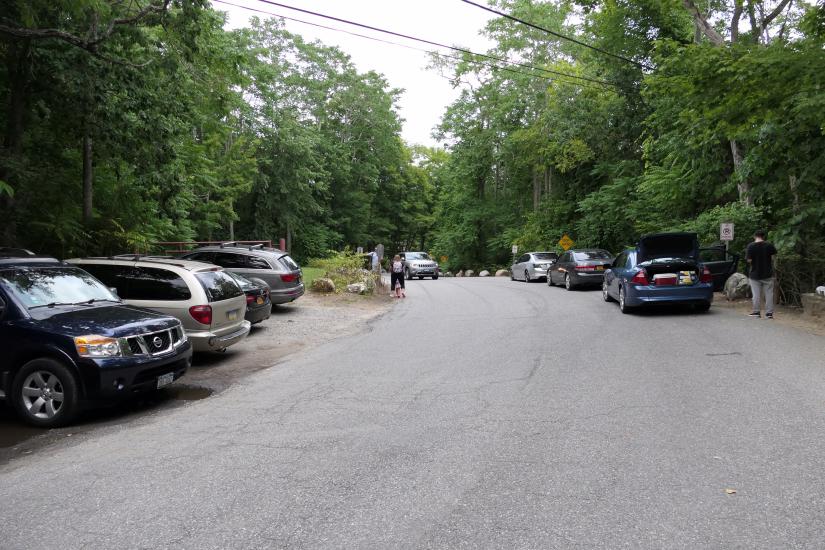 Cars parked on the sides of roads near the Housatonic River — as was the case last weekend in Kent at Bull’s Bridge— make it hard for emergency vehicles to travel along the roads. Photo by Lans Christensen

SALISBURY — Two women were rescued after falling from the Great Falls on the Housatonic River on Wednesday, July 22.

Jacqui Rice of the Salisbury Volunteer Ambulance Service said in a phone interview on Friday, July 24, that three women from the Naugatuck area were on the top of the falls Wednesday morning. The falls are between Salisbury and Falls Village.

One of them slipped and a second tried to assist, but they both went down.

One wound up on the rocky shore, and the other clung to a floating log.

The third member of the group made her way down the trail to try and get help. The 911 call came in to Litchfield County dispatch a little before noon.

The two women, strapped into back boards, were evacuated using a boat. The more seriously injured woman — who had back, hip and leg injuries — was taken by ambulance to Housatonic Valley Regional High School, where a Life Star helicopter was waiting.

The second woman, whose injuries were less serious, was taken to Sharon Hospital, treated and released.

Rice said the women were lucky in that they missed a significant rock outcropping.

“It could have been tragic,” she said.

Salisbury First Selectman Curtis Rand said on Friday that the First Light power company has to do a better job at deterring people from going to the falls.

The July 22 incident was the second time this month that emergency services were required at the falls. On Sunday, July 5, a small boy had to be rescued after he was carried away by the current.

Todd said his primary concern was on the Salisbury side — on Housatonic River Road in particular.

“If we can’t get emergency vehicles up there then somebody is going to drown.”

Salisbury First Selectman Curtis Rand said Monday morning that he would continue to press the First Light power company for a management plan for the falls.

He also suggested, as a way to relieve parking pressure, that the picnic and boat launch area on Dugway Road, which is now closed, be reopened for parking and launching boats, but not for picnicking. This would probably require that the picnic tables be removed.