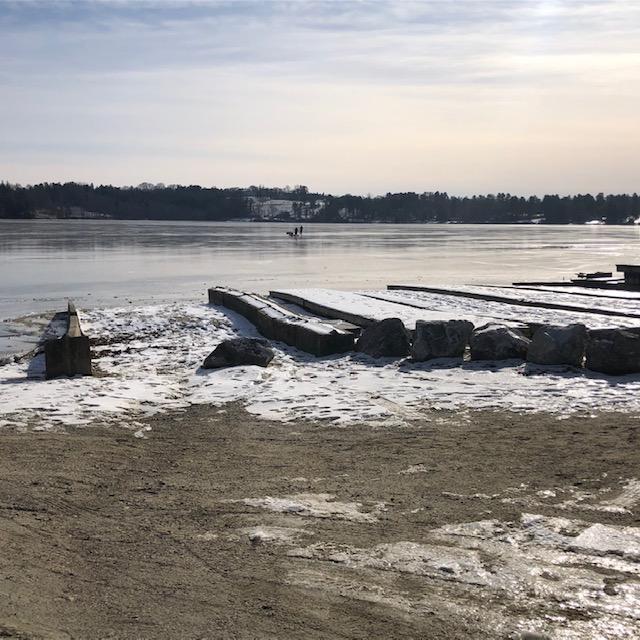 Lake Wononscopomuc in Lakeville is officially frozen, but there are still soft patches. Photo by Don Mayland

The Ice Man declares the lake is frozen

“January is always a strange month and this was no different for calling ‘ice in.”

“There was no sign of ice until the morning of Jan. 12.  Then, the very cold temperature and little wind allowed for a skim of ice to cover the entire lake, with the exception of some open holes in the northwest corner.

“The air temperature then went up a bit the next few days, but the skim stayed.

“So, I am declaring ‘ice in’ as of Jan. 16. However, the holes in the northwest corner have a very thin ice cover at this time.

“As always, nobody should assume that the ice is safe this early in the season, especially in that northwest corner.”