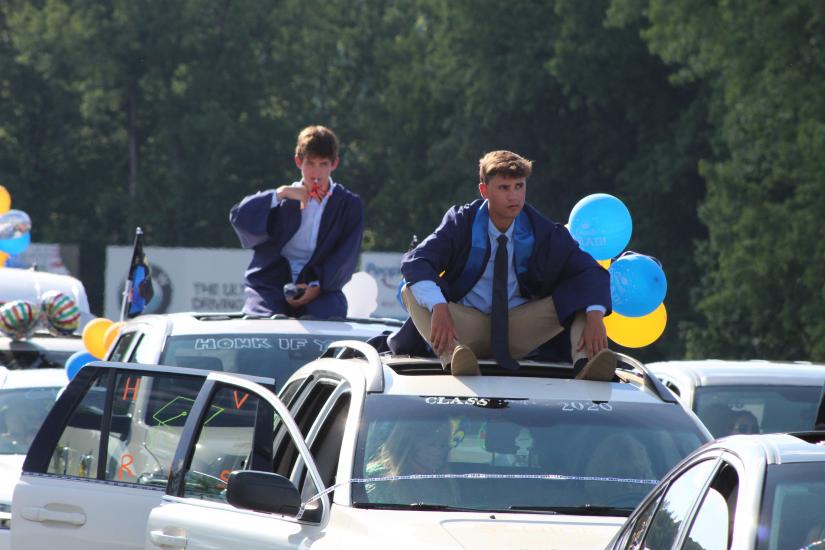 Cars carrying graduates from the Housatonic Valley Regional High School Class of 2020 lined up on the track at Lime Rock Park on Sunday, June 21, for a unique graduation ceremony that followed distancing protocols. Photo by Patrick L. Sullivan

LIME ROCK — Cars filled with members of the Class of 2020 and their families lined the straightaway at Lime Rock Park as Housatonic Valley Regional High School (HVRHS) held a socially distant graduation ceremony at the racetrack on Sunday, June 21.

The speakers made their remarks from the tower in the middle of the track.

Strever then read the names of the graduates, accompanied by whoops, cheers and honks.

The assembled cars then proceeded through Falls Village to the high school, where students received their diplomas. The school’s faculty, spaced out along the oval in front of the school, waved and cheered.

The entire ceremony can be found online at www.hvrhs.org/graduation-live-stream-sunday-june-21-at-400-pm. Photos of 94 of the 96 graduates in the Class of 2020 can be found in the June 18 edition of The Lakeville Journal.