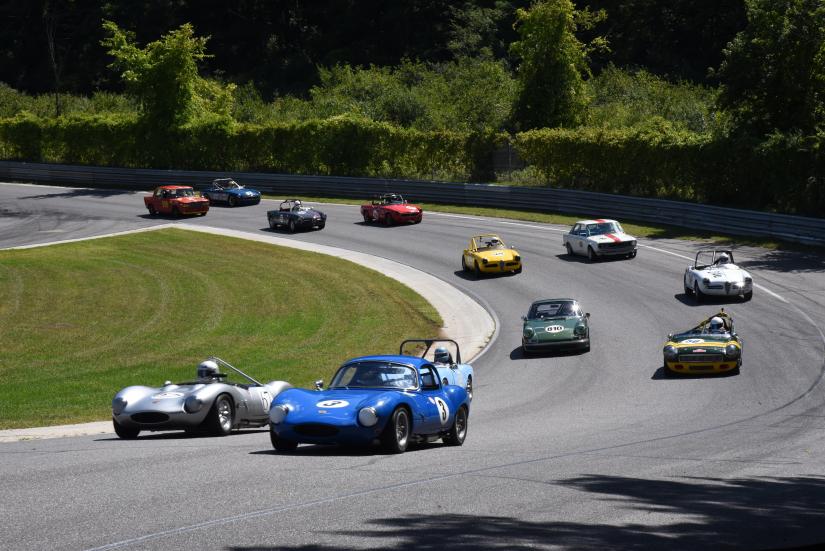 A new trio of investors has taken charge of the race track at Lime Rock Park. They promise to protect the park-like setting that makes the race venue unique while expanding activities there. Photo by Lans Christensen

SALISBURY — Skip Barber has reached an agreement to sell a majority interest in the race track at Lime Rock Park (LRP) to a group of investors.

Barber was interviewed by phone on Wednesday, March 31, and met at LRP with The Lakeville Journal on Thursday, April 1, along with Dicky Riegel, who will be the chief executive officer of the park.

Barber said he will remain the largest single shareholder. He said he has had discussions in recent years with would-be investors “but they all had something wrong with them.”

This group, led by Riegel, Charles Mallory and Bill Rueckert, “are the right guys.”

All three are frequent users of Lime Rock Park — a fact not lost on Barber.

“I became concerned seven or eight years ago about who would be the steward of Lime Rock Park down the road,” he said.

Riegel and Barber said they hope to be able to open LRP for Memorial Day — subject to restrictions related to the COVID-19 pandemic.

Barber said the state authorities told him LRP was the “gold standard for outdoor facilities” as far as pandemic precautions.

Even with precautions in place, last year was extremely difficult for LRP. Barber said that many people who usually participate could not travel without first quarantining for two weeks, which effectively ruled out participation.

Riegel said that LRP, operating within the state and federal pandemic guidelines, will do everything possible to offer activities this summer.

“It’s incumbent on us to try our best to give people the opportunity to get out of the house.”

Asked about the future of LRP, Riegel said “the plan is for growth and better opportunity.”

He said the investment group is quite conscious of its role as stewards of Lime Rock Park — emphasis on the word “park.”