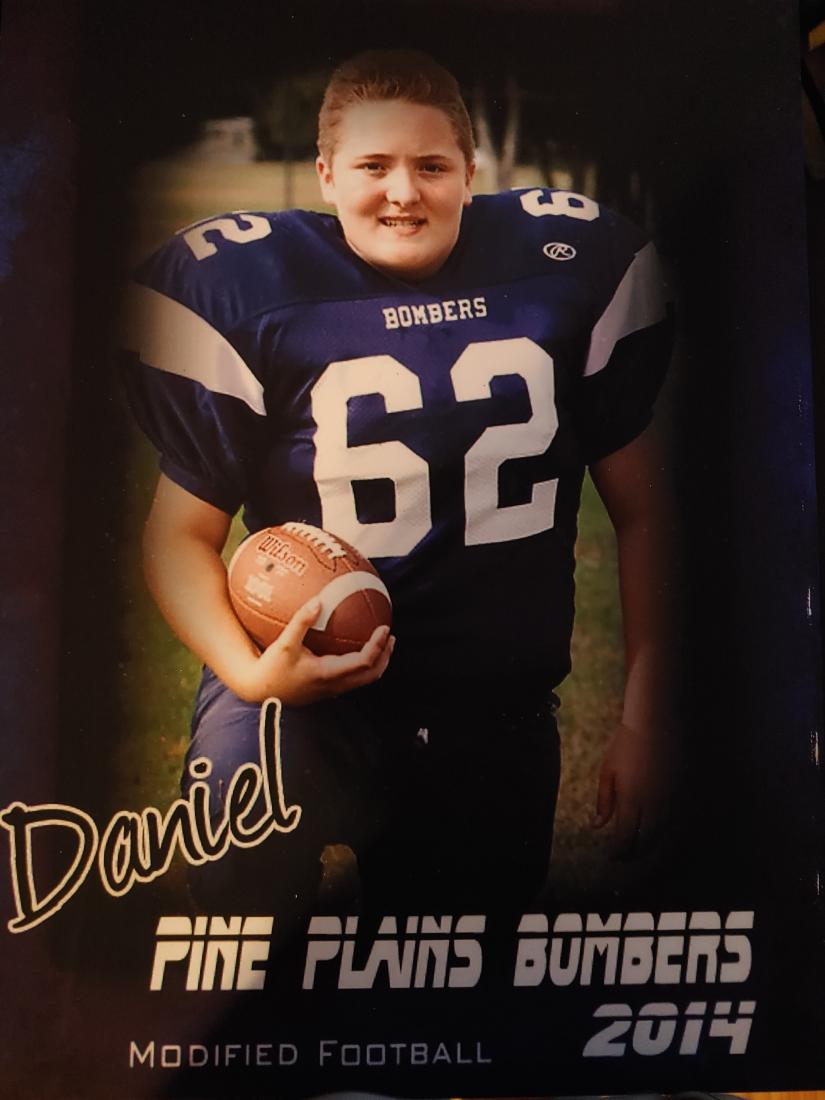 A graduate of the Stissing Mountain Class of ‘19, Danny Hegarty, 18, of Clinton Corners, passed away on Wednesday, March 25, as a result of the side effects of his leukemia treatments. Photo submitted

May 27, 2020
By
Kaitlin Lyle
kaitlinl@millertonnews.com

PINE PLAINS — In the midst of these already challenging times, the Pine Plains community was heartbroken to learn that Danny Hegarty, 18, of Clinton Corners, had passed away on Wednesday, March 25, following a grueling battle with the side effects of his leukemia treatments.

Those who had the privilege of meeting Danny will attest that it was rare to find him without a smile on his face. Envisioning grand plans for the world and ideas for making it a better place, he led a brief but remarkable life. Where most children would turn the television on to “Spongebob Squarepants,” Danny’s mother, Maria Hegarty, said her son watched the news; where most teenagers would be ready at a moment’s notice to exchange their devices for the latest version, she said Danny hated modern technology. A unique young man through and through, Danny enjoyed football, followed the stock market and carried a deep appreciation for music.

“He was like an old soul in a young body,” she marveled.

Above all, she recalled Danny’s natural ability to find the fun in life and to make others happy, a quality that remained intact throughout his diagnosis and treatments.

“He was very unique,” Hegarty said. “There’s not one word I can pick to describe him: He’d enter a room and he’d light it up… He was so much fun and funny and even on a bad day, he would turn it all around because he was so hysterical and he always wanted people happy.”

A graduate of the Stissing Mountain Class of 2019, Danny’s kindness, humor and dedication to his studies will be remembered by his teachers and classmates. Even after he received his leukemia diagnosis at the age of 15, he continued both his pursuit of living life to the fullest and his focus on his studies, even taking his schoolwork with him during his time in the hospital.

“He was a fighter in every sense of the word,” recalled Stissing Mountain Junior/Senior High School Principal Tara Grieb. “Sadly, due to his illness, he missed much of his high school years. He joined us when he could.”

Though he was able to attend his junior prom, Danny’s health eventually made it difficult for him to keep up with the curriculum and he was unable to graduate alongside his classmates. Yet his message about appreciating the little things in life and maintaining a fighting spirit has stayed with Grieb.

“His spirit will always be with us while his presence will be sorely missed,” she said.

Keeping a positive spirit throughout his ordeal, Danny went into remission in 2016 following a bone marrow transplant that he received, thanks to a bone marrow donation from his sister, Krystal. A staunch believer in service to his country, Hegarty said her son’s Make A Wish was to meet President Donald Trump, a wish his family found a way to fulfill this past summer. However, the visit to the White House was cut short due to illness. Though Danny was deemed cancer-free, Hegarty explained that it was the treatments he endured that destroyed his internal organs and caused him to become sick again.

Having never left her son’s side during the five years of his treatment, Hegarty recalled every moment of the hell her son endured prior to his passing. Addressing his wound care and taking on the role of her son’s nurse and guardian angel during his sickness, she recounted that, even with everything that was happening to him, Danny remained in good spirits and never cried.

In the adult intensive care unit section of the New York-Presbyterian Hospital in New York City, Danny was officially taken off life support on Wednesday, March 25.

Saying that her son has taught her much about life, Hegarty will always remember his love of life and his insistence on living every day to the fullest and make as many people happy as possible.

“If he made one person a day in his life happy, that was his goal,” she said. “He never wanted anybody sad ever. He loved his life and he took advantage of his life every single day. The only thing he didn’t get to do is to thank everyone who helped him along the way.”