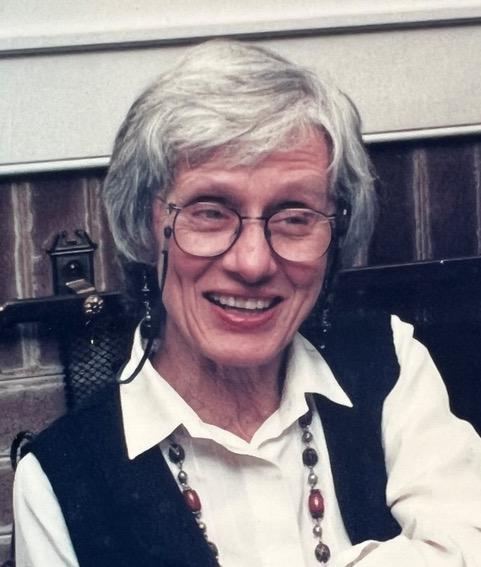 WEST CORNWALL — Zoe Nakos Canellakis, a Senior Research Scientist at Yale School of Medicine in the Department of Pharmacology, was born Sept. 7, 1927, in Lowell, Massachusetts and died on Saturday, Oct.  22, 2022, at the age of 95 in Canaan, Connecticut. She received her undergraduate degree in Economics at Vassar College in 1947, graduating Phi Beta Kappa; a Master of Science in Biochemistry at the University of California, Berkeley; and a PhD of Philosophy in Physiological Chemistry from the University of Wisconsin in 1954 for her work on tyrosine aminotransferase. After a post-doctoral fellowship at Yale University, she joined the faculty in 1955. In her early career at a time when molecular biology and the biochemistry underpinning genetics were just beginning, Dr. Z.N. Canellakis discovered many basic features of the regulation of another important enzyme, ribonucleotide reductase, which helped advance our understanding of the biosynthesis of precursors for DNA replication.

Dr. Z.N. Canellakis was promoted to Senior Research Associate in 1967 in the Department of Pharmacology. Despite a demanding role as Assistant Dean of the Graduate School from 1972-77, she continued to pursue research and provided fundamental insights into the biologic role of polyamine biosynthetic enzymes in cell growth, differentiation, and embryology. In 1982, she was named a Senior Research Scientist of Internal Medicine and Pharmacology. In recognition of her science, and her academic service as the Assistant Dean and as a Fellow of Berkeley College from 1975, advising countless undergraduates in their academic schedules and research theses, she ultimately retired in 1993 as Yale Emeritus faculty and a Koerner Fellow.

Throughout her career, as a pioneer and champion of women in science, she mentored many undergraduate and graduate women toward successful careers. As the Chair of the Committee on Equal Opportunities for Women of the American Society of Biological Chemists and Carnegie Conference on Women Keynote speaker, she organized panels that focused on helping scientists, especially women, along successful career paths. In a 1985 editorial, she wrote, “The need to ensure full participation of able and talented women in the active scientific community is clear. It is wasteful to train scientists who either leave science or fail to develop their full potential in science. Everyone gains by including able women in the profession.” (BioEssays 1985 Vol 3 (2), p51) She had insatiable curiosity as both a scientist and lifelong learner. Perhaps less well- known, but no less awe-inspiring, was her ability to quickly assemble a meal for two or twenty from her freezer, and her penchant for organizing her kitchen like a laboratory with all reagents alphabetically organized by their chemical names. Zoe will be remembered for her warm and generous mentorship and friendship, as well as her ability to connect people from her wide network of friends and colleagues. She has forever changed the trajectory of many of her mentees’ lives. When one of them asked what they could do to thank her, she simply said, “do it for someone else.”

Dr. Z.N Canellakis’ spouse, Dr E.S. Canellakis (div.) and partner Peter J. Demos predeceased her. Dr. Z.N. Canellakis is survived by her sons Thomas, and John, and her grandchildren Evan, Nora, and William. Zoe was a resident of Nashua, New Hampshire, New Haven, Connecticut,  and West Cornwall, . In lieu of flowers please make a donation to Committee on Equal Opportunities for Women of the American Society of Biological Chemists.