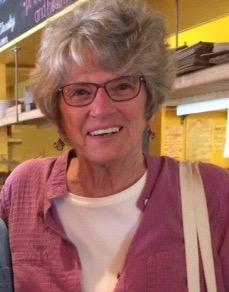 Daughter of the Rev. James Rodger McColl and Frances Wamsley McColl, she was born on Dec. 28, 1938, in Champaign, Ill.

She attended Kemper Hall, a private school in Kenosha, Wis., where she was president of the student body, editor of the school news, and was awarded St. Mary’s Cross, the school’s highest honor. She attended Barnard College and received a B.A. in English from the University of Illinois in 1960.

Zay had a long and distinguished career in the field of publishing: at Macmillan Company in New York City, where she was administrative assistant to the head of the college department, and at Holt Rinehart and Winston and William Morrow, where she was a children’s book editor.

After her marriage to Benjamin G. Foster in 1975, she was alumni publications editor and director of the Office of Publications and Public Information at Choate Rosemary Hall School, Wallingford, Conn., where he was a member of the English faculty; was managing editor at Cheney & Company, a New Haven, Conn., firm specializing in enrollment and development communications for schools, colleges and nonprofit organizations; and finally at Quinnipiac University, Hamden, Conn., as alumni magazine editor and director of publications.

In retirement, Zay was an active member of the Aid of the Connecticut Junior Republic, Litchfield, Conn., and the Women’s Forum, also of Litchfield; on Jekyll Island, where she and Ben spent the winter months and later most of the year, she served on the board of the Jekyll Island Arts Association, was co-director of exhibits for the Goodyear Cottage Arts Gallery there, and an enthusiastic, longtime member of the Jekyll Island Pottery Guild and tennis player.

She was predeceased by her husband, Ben; and by her sister, Christine McColl Patience.