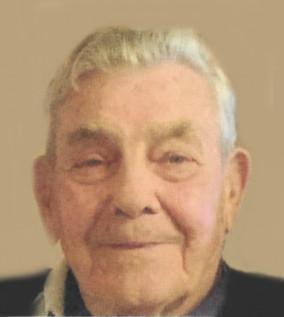 William George Franks, 90, of Amenia passed away on June 20, 2022, at home following a six-month illness.

He was born in Sayre, Pennsylvania, on December 6, 1931, to the late Florence Van Horn and Paul M. Frank, Sr. On June 27, 1959, he married Barbara Ann Draper at the Athens Methodist Church in Athens, Pennsylvania. They would have celebrated their 63rd wedding anniversary on June 27 this year. Their honeymoon was a trip to Canada, the first of many.

Bill was a graduate of what was then Sayre High School, Class of ’51. He was an All Star, All Valley Athlete in all sports, keeping in touch with coaches Weiss, Ksionzak, and Thoren until their deaths. He especially enjoyed remembering and retelling of the All-American East/West game in Tennessee as well  as his prized photo with Miss Tennessee presenting him with a watch.

He earned a full football scholarship to  St. Bonaventure and graduated in 1955. Speaking of football, he also played for some time with the Pennsylvania Green Shamrocks semi-pro football team. Unable to find local work, he went to work at Wassaic State School, Wassaic, New York (now Taconic DDSO) starting as a physical education teacher and ending as a supervisor.

While working at Wassaic, he furthered his education in Albany, and at SUNY New Paltz. He had some special students who participated in Special Olympics in California, Chicago and Boston (twice) proudly bringing back medals each time.

Bill loved all sports and followed his teams – PSU football, Giants and Yankees. His children learned early not to plan anything during times of PSU football or U Conn girls’ basketball. “Quiet” was of the essence! For many years, he and his nephew Paul were able to have reserved seats for PSU football and introduced many family and friends to a group from southern Pennsylvania and tailgated with them for years.

Bill enjoyed travel. He had great memories of going with different friends to Europe, Iceland, Australia, Fiji, Ireland and New Zealand along with many trips throughout the states. He enjoyed every trip but especially Alaska (3) and Hawaii (2). He grew to like bus trips with Wayne and Nan Lowery as well as groups from Marilyn’s Lakeview Travel of Pulteney, New York, having many adventures while meeting lots of interesting people.

Bill was an avid hunter and fisherman going out for the last time in November before turning 90.

Bill was meticulous about his lawn, hedge and garden. He took care of Barb’s flower beds after her knee surgeries, moaning every time more bulbs arrived.

Bill was a loving husband and involved parent with all the children’s activities and school. He always wanted to be involved in “back in PA.”

Bill was an active member of the Episcopal Church in Dover Plains, and then Christ Church Episcopal in Sharon, joining the Altar Guild with his friend Rick since they were always assisting their wives. Bill remained a faithful member until this year.

Bill’s friends and family will miss his smiling face, sense of humor and loving support. We are grateful tohave such an abundance of memories of a great guy.