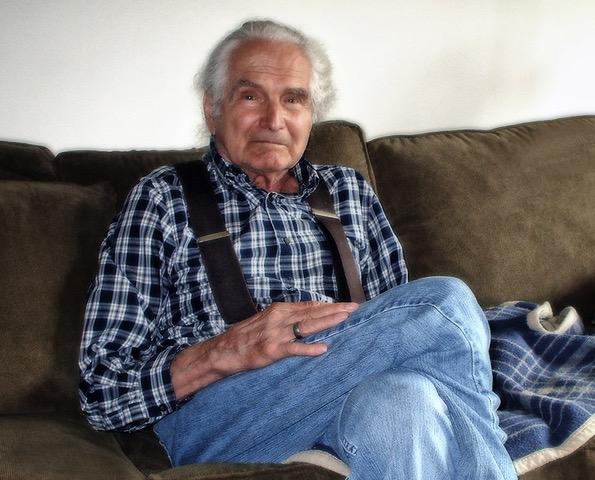 KENT — William Bradford Smith of 16 Swifts Lane, Kent, passed away at home on Thursday, May 5, 2022, with his wife, Karin, and loyal dog, Little Bear, by his side.

Brad was a fine art photographer and painter, whose work was exhibited throughout Connecticut and beyond. Among other shows, he exhibited in the Yale Student Group Show at Cornell University; the New Haven Green Art Festival; a one-man show at Stony Brook Library; and a group exhibit at the Company Store in Kent, with David Armstrong and Eric Sloane. Many of his works are found in private collections. Of his work, Brad said: “Joseph Campbell suggests that spirituality begins with a sense of awe. I try to capture the awe in my surroundings, to express the power of the ordinary in my images.”

Brad celebrated 49 years of sobriety last November. He was a friend and sponsor to many people, giving simple advice of “Good Orderly Direction” for a life of sobriety. “Chop wood and carry water” was his motto for living “One Day at a Time.”

He had a quiet way of observing life and the nature that was a common subject of his artistry. His sense of humor could surface unexpectedly in conversation. His laugh, his slightly wry smile, his twinkling eyes were other qualities treasured by his friends.

Brad was born on September 17, 1934, in Torrington, the son of Channing S. Smith and Eliza Woolsey Walker. He grew up in the studio of his father, who was a painter, teacher, printmaker, and stage designer. Brad lived most of his life in Kent. He was a graduate of the South Kent School and received his BFA from the Yale School of Art. There he studied with Josef Albers, Rico LeBrun, and the photographer Herbert Matter and was awarded a teaching fellowship working in classes with Neil Welliver.

In 2006 Brad and his wife, Karin, established the Northern Exposure Photographic Gallery, where together with a small group of dedicated photographers they sought to create an environment to promote and exhibit photographic art. It was located first in downtown Kent and later in West Cornwall. He was also a member of the Housatonic Camera Club.

Brad is survived by his wife, Karin C. Smith of Kent; a son, Alexander, of Torrington; a stepdaughter, Jacqueline E. White, of Mechanicsburg, Pennsylvania; and a sister, Susannah (Zanna) Smith, of Seattle, Washington. He also leaves cousins George and Timothy Woolsey, Abbie Rowley, and Jane Wales and several nieces, nephews, grandchildren, and great grandchildren. He was pre-deceased by his parents and a brother, Benjamin Smith, of Peterborough, New Hampshire.

Brad spent the last week of his life in hospice care provided by the Ridgefield Visiting Nurse Association. The cause of his death was end stage kidney failure.

A celebration of his life is planned for a later time. Donations in his memory may be made to RVNA Hospice (RVNAhealth.org) or to the Kent Volunteer Fire Department of which he was a longtime member.