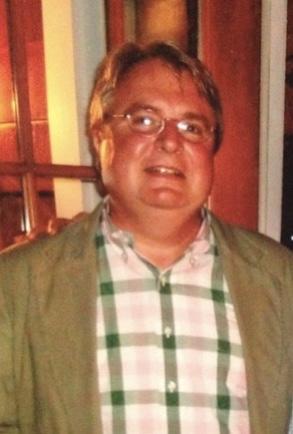 ANCRAMDALE — Walter Everett Barton, 67, passed away on May 8, 2020. Husband, father, brother, friend and beloved grandfather, he passed away peacefully at Vassar Brothers Hospital in Poughkeepsie as a result of complications from the coronavirus.

Born in Great Barrington on Feb. 22, 1953, Walter was the sixth child of Carolyn (Chadbourne) and Kenneth Barton of Ancramdale.

Walter grew up in Ancramdale and attended Stissing Mountain High School in Pine Plains, where he excelled on the track team.

Walter had a passion for cooking, fishing, skiing, the Connecticut seashore and cars.  He had quite the stable of autos, ranging from British Minis and Morgans to Ford Saleens and GT6s. Walter spent many glorious summer and autumn days driving road rallies, as well as tooling around the countryside with his wife, Susan, and annual trips to Lime Rock Park with his family and friends. Gatherings throughout New England with the 3/4 Morgan Club were always a highlight for Walter.

Walter spent most of his professional career selling heavy equipment to local municipalities and other companies in New York.

Walter was predeceased by his parents; his sister-in-law, Karen (Schweizer) Barton; a nephew, Frederick J. Barton; and a brother-in-law, John Seiber.

Walter is survived by his wife Susan (Meagher) Barton. They were married at Ancramdale Presbyterian Church on Oct. 8, 1989; his son, Hunter, and his wife, Kristin (Kotzur) Barton; two grandchildren, Benjamin and Maximilian Barton of Millbrook; his sibling, Kenneth Frederick Barton of San Antonio, Fla; a nephew, Brian Barton; a niece, Kristin Barton McNary; Gerald and Shirley (Hall) Barton of West Copake; his nephews, Jeffrey and Michael Barton, Richard Barton of Copake Falls and Robert Barton of Sarasota, Fla.; Elizabeth Barton Podris and Robert Podris of Ancramdale; and his nephews Jason and David Podris. He is also survived by many great-nieces and -nephews.

His stepchildren are Scott Simmons and his wife, Desi, of Seattle, Wash., Robin (Simmons) Patchin and her husband, Kyle Patchin, of Raleigh, N.C., and Jason Simmons of Pine Plains; and his grandchildren are Ella Grace, Brenna and  Sara Patchin, Maria, Zoey and Alexander Simmons.

Memories of Walter for all who knew him will center on his gentle, kindly and compassionate heart. A memorial service will be held at a later date and time when family and friends can safely come together to celebrate Walter’s life.