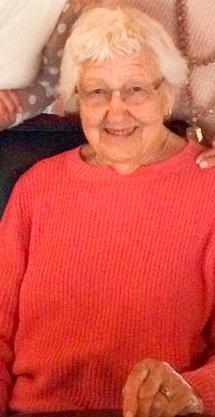 PINE PLAINS — Ursula Emma Foster, 96, of Town Center Road died March 24, 2021, at Geer Nursing and Rehabilitation Center in North Canaan. She was the beloved wife of the late Edgar Foster.

Ursula was born July 29, 1924, in Bad Odesloe, Germany, the daughter of the late Adolph and Gertrude Bruhn. She was a pediatric nurse for many years and later became a nursery school teacher.

She is survived by her daughters,  Jeanette Wrieske and her husband, Gerhard, and Diane Cawley and her husband, Michael; a sister, Edith Colanari; her grandchildren, Jason and Sasha Wrieske and Kiersten Higgins; her great-grandchildren, Jason, Gavin, Penelope and Olivia Wrieske; many nieces and nephews; and longtime friend and companion Harry Holleufer.

A small family service will be held at a later date. Memorial contributions may be made to St. Jude’s Children Research Center.

The Kenny Funeral Home has care of arrangements.