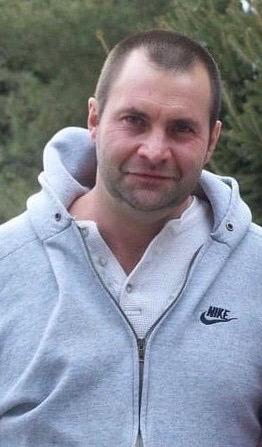 Tom was born July 25, 1968, in Sharon, the son of Wava (Begor) and Thomas Barlow and spent his early life growing up on his family’s farm in South Amenia. He graduated from Webutuck High School in 1986.

After graduating, Tom moved to Peru, N.Y., where he continued to work the farm and attend college at SUNY Plattsburgh and graduated with his business degree.

After graduating college Tom did mechanical work for numerous businesses before starting his own business, TB Roadcall in 1997.

On March 8, 2003, Tom married the love of his life, Lea Ann Hay, and in addition to gaining two great stepsons they went on to have two wonderful children.

Tom was very proud of his family and especially his kids and loved attending the fair every year when they were showing their cows for 4-H.

He will always be remembered for his unique personality and willingness to help anyone in need. He was known to work from sun up to sun down, never stopping until the job was done.

In addition to his parents and wife, he is survived by his children, Lee Hay Shepard, David Shepard Jr. and his girlfriend, Alex Braidt, Hannah and her boyfriend, Killian Waldorf, and William; his grandson, Brantley Shepard; his mother-in-law, Rita Loucks; his brother, Patrick; his sisters, Lisa Humbert, Heather and Amanda; his beloved Uncle Jesse; and many other brothers- and sisters-in-law, nieces, nephews and cousins.

He was predeceased by his maternal and paternal grandparents; and Aunt Sandy Barlow and Aunt Marylou Farnhom.

A celebration of life for family and friends will be planned at a later date.

In lieu of flowers, consider a donation to the Thomas C. Barlow GoFundMe, set up to help the family with expenses.

The family would like to thank all their family and friends for their support during this difficult time.