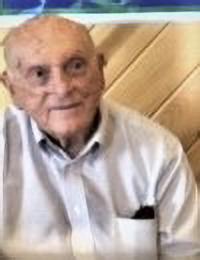 MILLBROOK — Salvador Molella, 92, of Boynton Beach, Fla., and a former resident of Millbrook, passed away on March 26, 2021, at his home.

He is survived by his loving sisters, Pierina Pannozzo and Filomena “Fanny” Manzi; and many nieces and nephews, who were very special to him.

He was predeceased by his parents; his brothers, Ross, Domenic, Frank, Armand and Paul Molella; and his sisters, Vinny Farley, Mary Magnarella and Rose Mikula.

After graduation from Millbrook Memorial High School, Sal served in the United States Army from 1950-1952.  He was then employed by IBM for 20 years, followed by the Thomas Carvel Country Club for many years. He continued his association with the Carvel enterprise through the Thomas and Agnes Carvel Foundation, and he served as a vice president and director of the foundation until his death. Through the foundation Sal was able to help many organizations including the Town of Washington Recreation and St. Joseph Immaculate Conception Church in Millbrook.

Sal was an avid golfer, winning many golf tournaments around the country.  He had 12 holes-in-one, and was inducted into the Dutchess County Golf Hall of Fame in 1991.

The family is very grateful for the friendship and help given to Sal by his close friends Sam and Norma DeOto.

A Mass of Christian burial will be celebrated at St. Joseph’s Immaculate Conception Church in Millbrook on April 17 at 10 a.m. Interment in St. Joseph’s cemetery will immediately follow.