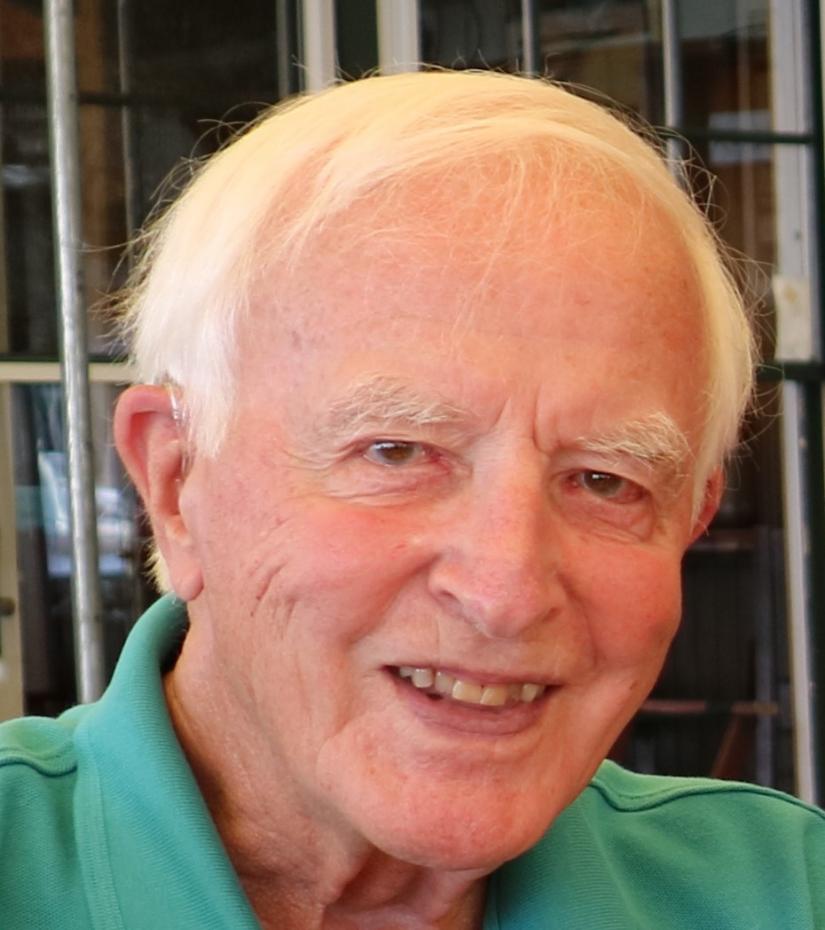 He served three and a half years as an officer in the U.S. Navy, much of this time at sea. In 1954, on returning from Korean service and an around-the world voyage with the Navy, he married Jill Sundgaard of New Haven, Conn. Following his Naval service, he attended Harvard Law School, graduating in 1958. After graduation he and Jill moved to Brooklyn, N.Y., where, within a few years, daughter Susan Dana Jones and son Stephen Thomas Jones arrived.

Ron joined the New York law firm of LeBoeuf, Lamb, and Leiby, beginning a relationship that would span more than 44 years. His practice in the field of electric and natural gas energy regulation grew over the years. From 1977 through 1989 he served as a senior partner with the ever-growing firm, heading up the energy and environmental practice. During that time the energy world faced many challenges and he often found himself at the cutting edge of new solutions. His representation of ALCOA included a decade-long litigation — a billion-dollar case involving valuable power rights. After nine trials and 12 appellate court arguments on different aspects of the case. ALCOA won decisively.

Following Ron’s successful litigation career, he became chairman of United Distribution Companies, a Washington-based trade group of natural gas distributors, in 1990 and served in the position for eight years. He also served from 1988 through 1992 as president of the Council on Economic Regulation, a Washington-based think tank, on energy matters. Active in Bar Association matters, he was at different times chairman of the Energy Law committees of the New York State Bar Association, the American Bar Association and the International Bar Association. In 1998 he received the University of Missouri’s Foster Award for his contributions to the field.

Coming to Salisbury as a weekender in 1980, by 1996 Ron was a full-time resident. Having an interest in local history, in 1996 he initiated an effort to preserve East Canaan’s Beckley Furnace, a successful effort that led to today’s Friends of Beckley Furnace. He then led the effort to obtain Congressional designation of the Upper Housatonic Valley as a National Heritage Area. This was successful and he served as founding chairman until 2011.

During this time, Ron and Jill divorced and he married Hildegarde Vetter. In 2014 he and Jill reunited, and, with a smiling family present, they were remarried at his home in Salisbury, where they have lived ever since.

As Ron eased off from practicing law in the early 1990s, he began a new career as a writer. Previously known for legal documents that were actually readable, he wrote more than 90 published articles including many for The Lakeville Journal. He also wrote a book, “John and Ethan,” about his ancestor John Hazeltine and Revolutionary war hero Ethan Allan, who first met and collaborated on building the blast furnace in Salisbury. Finally Ron assembled an anecdotal autobiography, which he enjoyed sharing with friends and family.

Since their remarriage, Ron and Jill enjoyed living in Salisbury, traveling, spending summers in Friendship, Maine, and extended time at the family compound in Killington, Vt. In addition to Jill and the children, he is survived by son-in-law Howard Levine, daughter-in-law Andrea Jones, and grandchildren Jareth Arnold and Cory Arnold of Los Angeles, Calif., and Logan Jones and Dean Jones of Ossining, N.Y. A memorial service will be held in the future.

In lieu of flowers, gifts in his memory may be made to the Housatonic Valley Association, Cornwall Bridge; or the Smilow Cancer Center, New Haven, Conn.