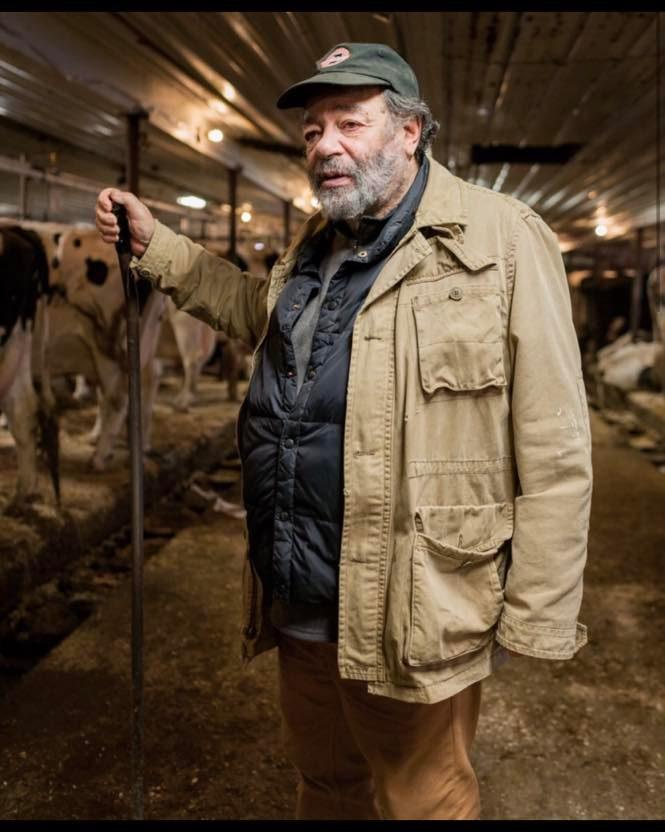 Pine Plains — Ronald “Ronny, Ronnie or Ron” Osofsky passed away on Friday, May 13, 2022, overlooking the alfalfa fields from the home where he and his wife Kathleen raised their family. Born January 27, 1941, with a love for the farm and a desire to spend all of his time with animals made dairy farming an easy choice for Ronny. His parents, Helen and David Osofsky, raised Ronny and his three younger siblings on the “Home Farm” on Schultz Hill Road in Pine Plains. The earliest stories of Ronny include his parents having to fence in the yard to keep him from running to the barn. However, he quickly burrowed underneath leading to more extreme measures.

He graduated from Pine Plains Central School in 1958 and went onto the University of Rhode Island, where he studied Animal Science and made lifelong friends who enjoyed their time visiting the farm and enjoying Helen’s cooking. After graduating in 1962, he returned home to farm and to substitute teach at the high school. A favorite family story was the time that Ronny fell in the manure pit at the farm, and against his objections, the principal insisted it was still okay for him to come teach that day. The students in that room probably still remember the odor.

His parents supported his dream to start his own farm in the area and he moved a few miles away to ultimately milk cows in the more modern facility on Route 82. He fell in love and married a local girl, Kathleen (Cathy) Freney in 1971. They welcomed three children, Jonathan, Carey and Daniel, as well as some beloved Golden Retrievers over the next decade. This is also when Ronny’s interest in high-end dairy cattle genetics peaked. Investor cattle becoming popular in the 1980s, which brought an influx of interest to dairy farms in the Hudson River Valley. It also allowed Ronny to expand the scope of his business and passion for dairy farming, adding on farms, including a show herd at the old Eldridge farm on Route 199 and the purchase of the old Deleval Research Farm on Prospect Hill Road, now the location of Ronnybrook Farm Dairy.

Aside from his family, one of his proudest accomplishments was the breeding of the bull, Ronnybrook Prelude, who for a time was one of most popular in the world and sired record breaking cattle across the globe, going on to become a great influencer of the Holstein breed through his progeny. While he loved the farm and the lifestyle it provided his family, he always thought there was a better way to dairy. As weekenders moved to the area and land prices were rising, he longed to ensure a sustainable business model for the farm. After becoming friends with their new neighbors from the city, the two couples, along with his youngest brother Sid and his former wife Joan spent a lot of evenings imagining and designing what ultimately became Ronnybrook Farm Dairy.

In 1991, at 50 years old, he helped launch a whole new business and began on-farm processing and direct retailing to customers through farmers’ markets and retail stores throughout the tri state area. It started small, with a focus on milk in glass bottles for the local area, but quickly grew into a major brand in the New York City market. Ronny always listened to customers, which is how their label expanded to include a full line of cultured products, like yogurt, flavored butter and ice cream. Ultimately, his brother Rick and his children Kate and Peter returned to the dairy. The family and many long time employees have grown the business to new heights. There were personal challenges, including a year in the hospital leading to a heart transplant; health challenges for his wife, Cathy and a global pandemic, but the one constant was the help and support of his tight-knit family, lifelong friends and long-standing Ronnybrook employees that Ronny considered family. A true testament to Ronny’s character and likeability are the friends and family that showed up to visit, bring treats and help him for decades. A special ‘thank you” to care-giver and friend, Lisa Zayas.

While Ronny loved his role as husband, father, farmer, brother, boss, cousin and friend, his favorite role was “Papa” to granddaughters’ Grace and Tatum and grandsons, Jack and Ronan. He loved that his son Daniel became a key part of the Ronnybrook team and he enjoyed talking cows and farming with anyone who would listen, especially his grandchildren.

Ronny’s accomplishments were great, but none greater than being able to enjoy them from the fertile soil of his childhood, with his wife, their children and their families, and his faithful adopted dog Oliver by his side with his roots firmly attached to this area. Perhaps, the greatest gift he leaves us is the daily reminder of how much he adored each of us.

In lieu of flowers please consider a memorial contribution to the Ronald Osofsky Scholarship Fund, c/o Carey Alberg, 229 Fordham Road, Valatie, New York 12184. Or better yet, honor Ronny by telling a story, eating some Ronnybrook ice cream, calling a friend/family member, or simply wave to a stranger like he did many times in his life. To share a favorite memory of Ron, or to leave a message of condolence for the family please visit www.peckandpeck.net.