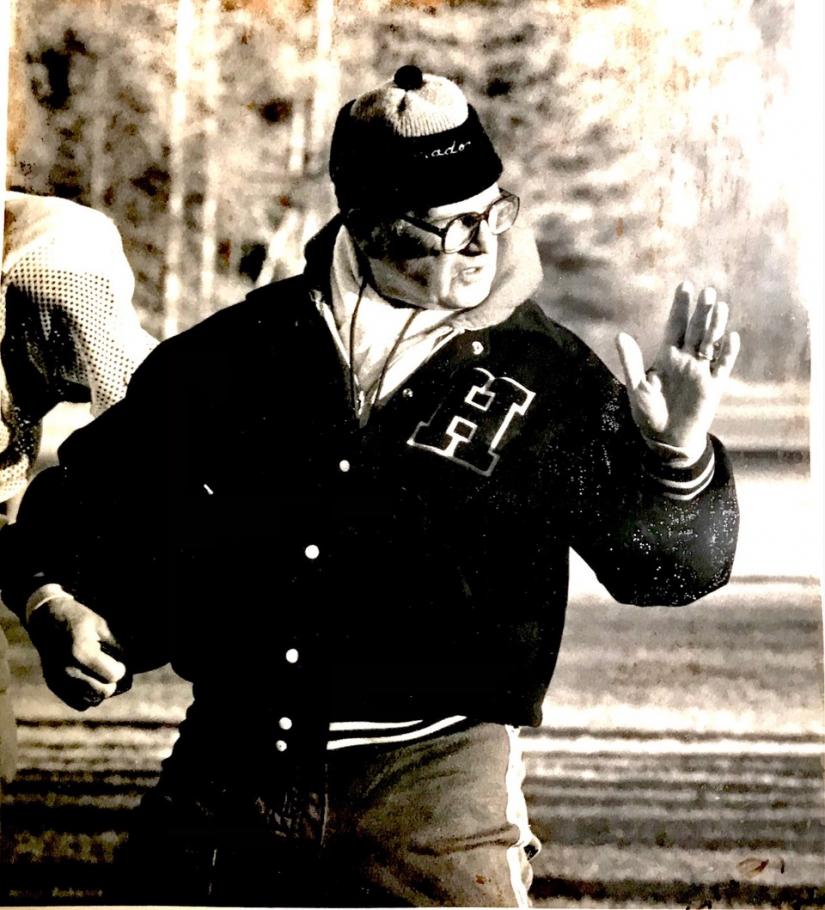 FALLS VILLAGE — Coach Chinatti, Roland H. Chinatti, 93, of Warren Turnpike Road, died Nov. 10, 2020. He was the loving and devoted husband of the late Dorothy Louise Atterbury Chinatti. From the moment he saw her, Roland knew he would marry Dottie Lou.

Coach Chinatti may be remembered for a loud whistle and a soft smile. He was a beloved coach for athletes and a guidance counselor to students for many years. He was sought after by many during stressful times. He conditioned athletes so they would “leave it all on the field.” As a father, grandfather and great-grandfather, Roland was active, devoted, warm, giving and playful.

Roland was born on June 10, 1927, in Thamesville, Conn. He was the son of Italian immigrants, Lena (Donati) and Carlo Chinatti. Roland was their youngest child.

Roland was predeceased by his wife, Dorothy; his parents, Carlo and Lena; his siblings Luciano, Henry, Beatrice and Mary; and his grandson Christopher L. Koutsoukos.

Roland’s father, Carlo, died when Roland was very young. Perhaps that is why, when Roland joined the YMCA in middle school, he was set on a course to find family in the larger community.

Like many, the attack on Pearl Harbor urged him to enlist as soon as he could. Consequently, at age 17, before graduating high school, Roland joined the United States Navy during World War II. He was stationed on a troop transport ship, USS Gen. R.M. Blatchford, to bring troops home from the Pacific Front. While ported in Nagasaki he witnessed the atomic bomb’s devastation.

Upon returning from service he became the first in his family to graduate from high school, Norwich Free Academy, Conn. With the help of the GI Bill, Roland went on to be the first in his family to graduate from college, the YMCA’s Springfield College in Massachusetts. He received his M.Ed. from the University of Hartford, Conn. He worked on a PhD. at the University of Northern Colorado, Greeley, Colo. In Greeley he worked with immigrant children, helping them acclimate to their new environment.

Roland coached tennis, football, basketball, gymnastics, baseball, track and field, swimming, lifeguarding, snorkeling and spearfishing. While at ‘Iolani, Roland was the only coach who coached with their legendary coaches, Father Kenneth Bray and, later, Edward Hamada.

At HVRHS he coached the 2007 Girl’s Varsity Tennis Team to the State Championships. Roland was known for teaching swimming to a great number of youths throughout Connecticut, in such places as the open waters at the Wadawanuk Club in Stonington, the Lakeville Town Lake, Cream Hill Pond and The Hotchkiss School.

He always emphasized good sportsmanship. As a talented athlete himself he always knew the fundamentals to help you improve, no matter the sport.

In the community, Roland actively served in many roles in the Northwest Corner. He was deacon for The Falls Village Congregational Church, and on the Board of the Housatonic Youth Service Bureau, The Falls Village-Canaan Historical Society and the Falls Village Recreation Center.

Humbly, Roland received many awards, too numerous to list.

Roland was a pretty good artist, too. He carved numerous Tikis, South Pacific War clubs and walking sticks, and he repurposed many found objects. He doodled endless hours during retirement.

As a human, Roland loved each and every student he met. He shined a light on their best qualities and loved the “rascal” in them.

Roland’s family is grateful to all the memories so many have already shared. Each one is precious, personal and humorous. Keep them coming! We are trying to find a spot on the internet where his great-grandchildren can visit those memories.

We do not want his funeral to be a super-spreader event or increase travel risks for anyone. Therefore the family has made the decision to postpone services until a time when travel and gatherings are safe.

The Kenny Funeral Home in Sharon has charge of arrangements; further notices will be posted on their website.