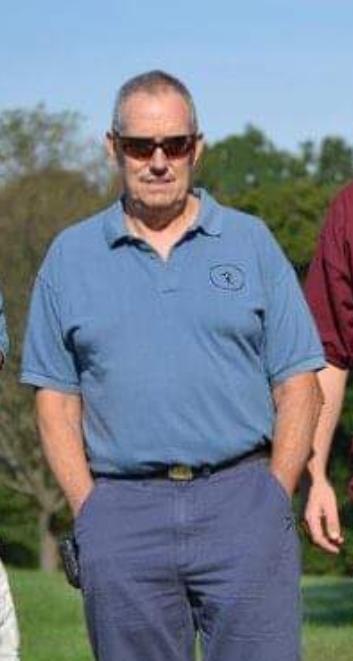 Bob was born on January 29, 1954 at the U.S. Naval Hospital in St. Albans, Queens, NY. He was the son of the late Robert Francis and Kathleen (Campbell) Thompson. Tragically, Bob lost both parents when he was only 6 years old. He was then adopted and raised by the late Benjamin and Janet Bailey of Amenia, NY. He attended Webutuck High School in Amenia also. Bob worked as an electrician for the State of New York, his long career began at the former Harlem Valley Psychiatric Center in Wingdale, NY and he retired from the former Hudson River Psychiatric Center in Poughkeepsie, NY in 2012 after 34 years of service.

Bob was a 49 year member of the Amenia Fire Company and for years enjoyed spending time there with his best friends. Bob was a member of the Amenia Hunt Club on Cascade Mountain where he spent many years hunting and having good times with his buddies. He also enjoyed golfing on Tuesdays at different courses in the area with his pals from the V.F.W. He was a dedicated friend at the Harlem Valley V.F.W Post #5444 in Dover Plains and was honored to help out the members of the V.F.W whenever he could. Bob truly enjoyed spending time with the many friends that he made over the years and he will be dearly missed.

Bob is survived by his loving companion, Betsy Lamay of Dover Plains and her children, Melissa Conklin and her husband Brad of Dover Plains and Shane Lamay and his wife Erica of New Fairfield, CT; four grandchildren, Logan, Dominic, Aiden and Stella; his sisters, Judy Burkhardt and her husband Wayne of Boynton Beach, FL and Jill Tuttle and her husband Jim of Wallace, NC; his brothers, Benjamin Bailey and his wife Rita of Boynton Beach and Russell Bailey and his wife Kathy of Amenia, NY and his dear sister-in-law Karen Bailey of Amenia. Bob also leaves behind many nieces and nephews whom he cherished as well as many special close friends.

In addition to his parents, Bob was predeceased by his sister, Kathleen Thompson Carroll and his brothers, Michael Chadwell and Peter Bailey.

Graveside services and burial will take place on Tuesday, July 13, 2021 at 11:30 a.m. at Immaculate Conception Cemetery, Route 22, Amenia, NY. Rev. Francis Fador will officiate. The Amenia Fire Company will render honors during the service. Memorial contributions may be made to St. Jude Children’s Research Hospital, 501 St. Jude Place, Memphis, TN 38105 or the Amenia Fire Company, P.O. Box 166, Amenia, NY 12501. Both organizations were dear to Bob’s heart. Arrangements have been entrusted to the Scott D. Conklin Funeral Home, 37 Park Avenue, Millerton, NY. To send an online condolence to the family, plant a tree in Bob’s memory or send flowers to the service, please visit www.conklinfuneralhome.com