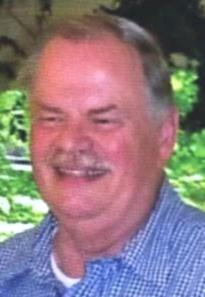 NORTH CANAAN — Robert D. Harris, Jr., age 76, died at home on August 3, 2022. He was born in North Canaan, graduated from Housatonic Valley Regional High School, and received his BA from the University of Connecticut in 1967. After serving in the Army in Vietnam, Bob worked for the State of Connecticut his entire career, retiring as the Director of the Office of Fiscal Analysis in 2001. He continued his service to the state on the State Library Board and the Capitol Preservation Board throughout his retirement. Bob enjoyed collecting art and antiques, but is best known for his life-long love of reading and books. In his later years he greatly enjoyed meeting authors at signing events and book festivals.

Bob was generous, thoughtful, and funny. He loved to gift books to people, especially when he knew of their interests or hobbies. He also loved chewing gum. Bob is survived by his loving husband and partner of almost 40 years, Father Michael F. Ray, retired pastor of St. Thomas’s in New Haven, his daughters Debra (Ryan) and C. Catherine Ray, sons Phillip (Laurie) and Daniel (Hui), grandchildren Anuhea and Evan, and his sister Patricia Harris Glennon.

Bob was a great lover of animals, especially dogs, and was preceded in death by his beloved rescue greyhound Oberon. A memorial will be planned at the convenience of the family. If you knew Bob, you know he rarely threw anything away including the copious paperwork from the many charities he supported. In lieu of flowers, please make a donation to the charity of your choice, as it’s likely one he supported. To send condolences to his family, please see obituary at www.beecherandbennett.com.