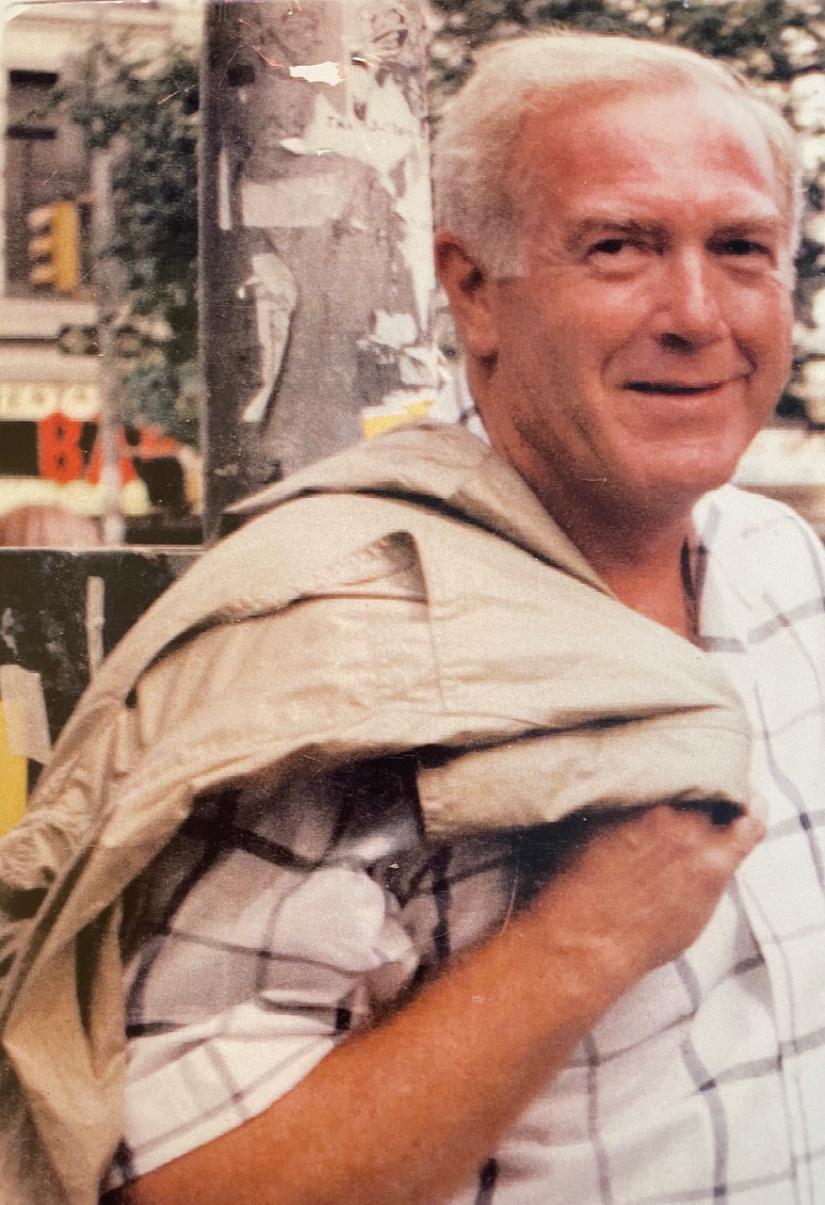 SHARON — Robert “Bob” Skibsted was a Renaissance Man. According to his partner of 48 years, Jim Flaherty, “Bob was the ideal partner — whatever I couldn’t do, wouldn’t do and didn’t want to learn to do, Bob did perfectly.”

His parents, both natives of Denmark, met and married in Buenos Aires, Argentina, and Bob was born Sept. 17, 1936, and raised in Argentina. He migrated to the U.S. (speaking only Spanish and Danish) to enter college at the University of Montana in Missoula, Mont., where his brother, Eric, lived with his wife and children.

After receiving his bachelor’s degree, Bob went to Thunderbird, now called The International School of Business, in Arizona, and earned a  Master’s Degree and was Valedictorian of his class.

He then went to work for Reynold’s Aluminum, selling tons of aluminum around the world. He lived in the Bahamas, Mexico, Brazil, Italy, Belgium, Hong Kong and Argentina. In his 30s he spoke five languages.  By 1975, partnered with Jim, they bought a barn in Sharon, which they converted to a home, as a weekend getaway since both were working in Manhattan.

Then, although it was completely unplanned, they bought the abandoned English estate, Troutbeck, in Amenia, in 1978, restored it, and opened it as Troutbeck, The Executive Retreat in Dutchess County.

When they first opened, Bob was the Chef.  “When he wasn’t cooking, he was planning and planting the gardens at Troutbeck and everywhere.”

When Jim took over the management of the inn, Bob started building beautiful homes in and around the Troutbeck community. They had another converted barn/home in Sharon, on Mudge Pond; and lived in two homes in their residential community, and for six years, had a magnificent contemporary home right on the Hudson River, in Saugerties, N.Y. In recent years, they’ve occupied their third converted barn/home in Amenia.

Over the years, Bob and Jim have lived in New York City, St. Thomas in the U.S. Virgin Islands, and Acapulco, Mexico, and have traveled a great deal to Southeast Asia and all of Europe and South America.

Although they sold Troutbeck in 2016, they have great respect and admiration for the New Troutbeck.

Bob died June 15, 2021, in Charlotte Hungerford Hospital in Torrington of complications brought on by kidney failure, He was a few months shy of 85.

Other than Jim, Bob is survived by a sister, Lili Packer; and various nephews and nieces.

Sometime in the near future, a memorial celebration will be announced.  The Kenny Funeral Home has taken care of arrangements.