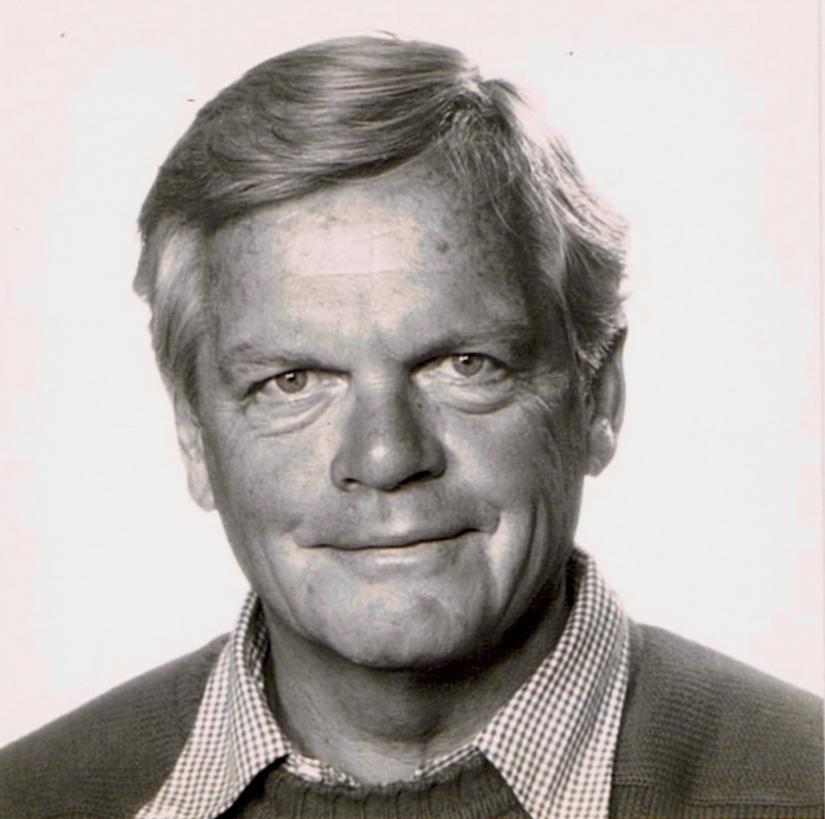 HILLSDALE — Robert “Bob” Shnayerson, highly admired editor at Life and Time in the glory days of Henry Luce’s magazine empire, as well as editor-in-chief of Harper’s magazine and founder of Quest magazine, died on March 6, 2022, at age 96 at his home in Hillsdale, N.Y., with his family by his side. Through the course of a distinguished career as an editor and journalist, he held a ringside seat for much of the 20th century’s major events.

He was born in 1925 to Madalene Griffin, a nightclub singer, and Charles Beahan, a novelist and screenwriter. After his parents divorced when he was 6, he lived with his mother and later also his stepfather Ned Shnayerson, a surgeon. During the Depression, the family was forced to live in Ned’s Manhattan office, where Bob slept on the operating table and was subjected to anatomy lessons in the morgue. At age 9, he was sent by his parents to the progressive Manumit school in Pawling, N.Y. At Manumit, students learned by doing, driving tractors and taking on farm chores.

After nearly a dozen schools, Bob graduated from DeWitt Clinton H.S. at the onset of World War II and enlisted in the U.S. Navy, becoming a quartermaster on an oiler that fueled larger ships in the North Atlantic. With the war’s end, he entered Dartmouth College on the GI Bill, graduating in 1950. That same year, he married Lydia Conde Todd, a classical pianist and music teacher.

Bob began his career as a junior police reporter at the New York Daily News. He moved on to Life, where he started as a runner carrying photos to and from the Time-Life picture lab. He quickly rose in the ranks to become Life’s bureau chief in Seattle, covering the entire Pacific Northwest. Once back in New York, Bob became a writer and senior editor for Time. He wrote 60 cover stories for the magazine during the tumultuous 1960s, invented and oversaw Time Special Issues — Black America, To Heal a Nation — and talked his superiors into starting two new sections: Law and the Environment. He also became known for his daily 5-mile runs, so unusual that one Time’s “letter from the editor” lionized him for this curious practice called jogging.

In 1971 he was tapped to be editor-in-chief of Harper’s magazine, replacing his predecessor, Willie Morris. Bob was seen as a steadier hand, although he dazzled the magazine world by assigning stories to Kurt Vonnegut, Tom Wolfe, Simone de Beauvoir and Germaine Greer, among others. He was a sensitive and principled editor, revered by his contributors, with a dry wit and marked modesty.

After leaving Harper’s in 1976, he started Quest magazine, a monthly dedicated to excellence in all its forms, and The Giraffe Society, which honored courageous people who stuck out their necks. He wrote a subscriber mailing letter for Quest which became legendary in the marketing industry and is still taught today. Quest lasted five years — a long ball in those days. Bob’s fascination with the law led him to write the authorized History of the Supreme Court of the United States (Abrams, 1986). In later years, he was a magazine and book consultant.

Bob had two children, Michael and Kate, by their mother, Lydia Todd, who died in 1973. In 1980, he married his wife Laurie Platt Winfrey, a picture editor, with whom he had two daughters, Maggie and Bonnie.

In 1985, he and Laurie discovered the great pleasures of Hillsdale. Returning to the outdoor work that he had loved as a child at Manumit, Bob delighted in tractor picnics with his grandchildren, friends and yellow rescue dogs. He was a listener and born storyteller who rarely hinted at his lifetime of voracious reading.

Bob’s family is grateful for the care he received from Loretta McQuillen, Dom Nicklaus and Barbara Arpante.

Arrangements are under the direction of the Peck & Peck Funeral Home, in Copake.

A celebration of his life will be held at a later date.

Donations in his memory may be made to Report for America (an initiative of the GroundTruth Project), Citizens Climate Education (CCE), or the North Hillsdale Rural Cemetery  Association, c/o Patti Proper, P.O. Box 490, Copake, NY 12516.

To leave a message of condolence for the family, please visit www.peckandpeck.net.