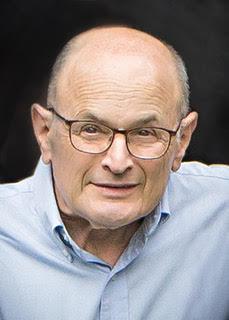 GREAT BARRINGTON —On Thursday, March 19, 2020, Robert “Bob” Drucker, loving husband, father and grandfather, passed away at the age of 78 after a long and valiant battle with Parkinson’s disease.

Born on Nov. 29, 1941, in Brooklyn, N.Y., to the late Ida (Penziner) and Herbert Drucker, Bob was raised in Brooklyn but spent significant parts of his childhood in Sheffield and Great Barrington, where he had extensive family.

At age 19 he moved permanently to the Berkshires to open the Canaan Army and Navy Store in North Canaan with his relatives, eventually growing the business to Bob’s Clothing and Shoes, which he ran until his retirement in 2008.

In 1994, with his eldest son, Peter, he opened Barrington Outfitters in Great Barrington, and it gave him great pride to have his youngest son, Richard, join the family business a few years later.

Bob had a social nature and an affinity for meeting new people. He was known as a kind-hearted person with a keen sense of humor and an infectious laugh, who always had a great story to tell. He clothed generations of families and built lifelong friendships with his customers. For many, a trip through North Canaan wasn’t complete until you stopped in to see Bob.

In the early 1970s Bob became an EMT and was one of the first volunteers to work on the Southern Berkshire Ambulance Squad. He was proud to have served on the Board of Directors of the Canaan National Bank for many years, as well as on the Board of the Salisbury Bank and Trust, where he served until 2017.

Bob was deeply committed to his family, and leaves behind his devoted wife of 55 years, Karen (Meirowitz) Drucker; and their children, Debbie Drucker and Larry Ring, Peter and Kristin (Soule) Drucker and Richard and Hilary (Tzelis) Drucker; his brother, Dr. Barry Drucker and his wife, Susan; his brother-in law, Mark Meirowitz and his wife, Judy Ring; his nieces and nephews; and his six grandchildren, Haley and Alex Ring, Anna and Sarah Drucker and Sam and Ian Drucker, who adored their Poppy almost as much as he adored them.

In light of the current situation, there will be a summertime celebration of Bob’s life at his family’s cottage on Twin Lakes in Salisbury, where he spent many joyous summers with friends, family and happy dogs.

To send remembrances to his family go to www.finnertyandstevens.com.