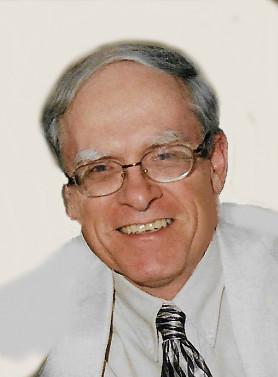 Phil was born at Sharon Hospital on July 20, 1949, the son of Dorothy (Phillips) and Paul Thompson.

Phil attended the Amenia Elementary School and graduated from Webutuck High School in 1967, followed by Potsdam State University in 1972 with a degree in Education.

Phil was a Math Teacher throughout most of his 20s and 30s, teaching many years at Dover Junior/Senior High School. In 1985, he became a 911 Dispatcher for the Dutchess County Bureau of Emergency Services. He served as dispatcher 14-7 until his retirement in 2011.

Phil was honored in 2009 with the New York State Communications Specialist of the Year Award, the highest award a dispatcher can earn in New York State. He cherished his fellow dispatchers and loved making a difference as a front line worker at the 911 Center.

Phil’s true passion was to serve his community. He joined the Amenia Fire Company in 1967 alongside his father, Paul, and his brother, Don. Phil served faithfully for 53 years in the Amenia Fire Company, where he served as a firefighter, EMT, treasurer, fire prevention officer, parade chairman, and company historian.

He became an Emergency Medical Technician in 1972, serving on the Amenia Rescue Squad, where he held the title of EMS Captain from 1996-2011.

He also worked for Northern Dutchess Paramedics from 1998 right up until his passing. Phil loved serving his community, and loved the many people who served with him.

Phil also loved to play golf. He will fondly be remembered teeing up his “yellow” ball at the start of every round. He enjoyed the 30 years of “Golf Week” during the summer with his brother Don, son Cory and life-long friend Tom Foley. Phil enjoyed traveling with his wife, Christine, especially cruising throughout the Caribbean. He also loved spending time with his grandkids.

Phil Thompson will be remembered as a man who put others ahead of himself. His service and sacrifice to his hometown of Amenia will never be forgotten.

The family wishes to thank all of his brothers and sisters in fire and EMS who served alongside him, keeping him safe and giving him a sense of purpose and pride within his community.

The family also wishes to thank the many wonderful nurses and doctors at Sharon Hospital who cared for him in his final days, and especially the Amenia Fire Company & Rescue Squad for bringing him home for his “last ride.”

Phil was predeceased by his parents, Paul and Dorothy.

The Amenia Fire Company will conduct firematic services at 7 p.m. at the Hufcut Funeral Home in Dover Plains on Friday, Nov. 27.

Contributions in his memory may be made to the Amenia Fire Company, 36 Mechanic St., Amenia, NY 12501.