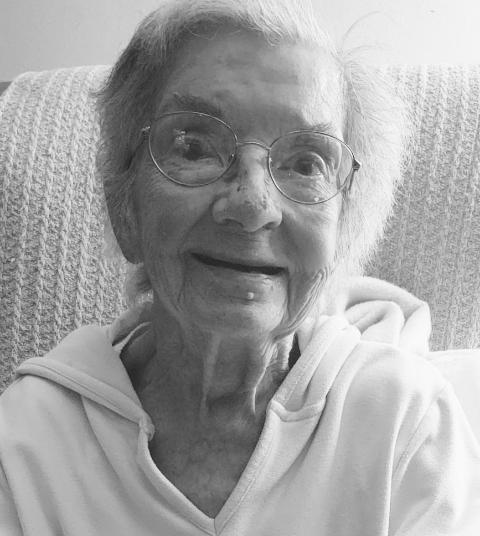 LAKEVILLE — Patricia Ann (Harrity) O’Connor, 90, passed away peacefully on Nov. 13, 2021, at her home in Lakeville, surrounded by her family.  Patricia was the loving wife of the late Owen Joseph O’Connor.

After graduating from high school in Bayonne, N.J., Pat completed a dual degree in mathematics and political science from Notre Dame College, Staten Island, N.Y. She worked for the Atomic Energy Commission (the precursor to the Nuclear Regulatory Commission) in New York City during college, and after graduating, began a job with New York Life Insurance, where she ran the “machine room.” The machine room consisted of ENIAC computers, the first of their kind. It was at New York Life where she met her future husband, Owen “Gene” O’Connor.

Upon Gene’s retirement from the NYPD in 1977, the family moved to the country in Salisbury.

When the youngest of their children were old enough, Pat went back to work as a bank teller at the National Iron Bank in Lakeville, where she enjoyed working until her retirement in 1995.

In 2000, she sold the property on Smith Hill and moved into town to enjoy retired life surrounded by her children and many grandchildren.

Pat’s greatest love was her family. From making baby blankets to after-school snacks, she loved every one of her grandchildren, many of whom would walk to “Grammy’s house” after school, getting help with homework in addition to snacks.

Pat created beautiful gardens wherever she lived and continued to correspond with people throughout her life the old-fashioned way, by sending thoughtful handwritten notes, often accompanied by a clipping of something she had read that she knew would be of interest.

She always welcomed reading a new book, making a new recipe, hearing about new adventures of her ever-growing family. Pat was famous in the St. Mary’s coffee circle for her Irish Soda Bread recipe.

She was predeceased by a son, Timothy; and a great-grandson, Otto.

The Kenny Funeral Home in Sharon has care of the arrangements