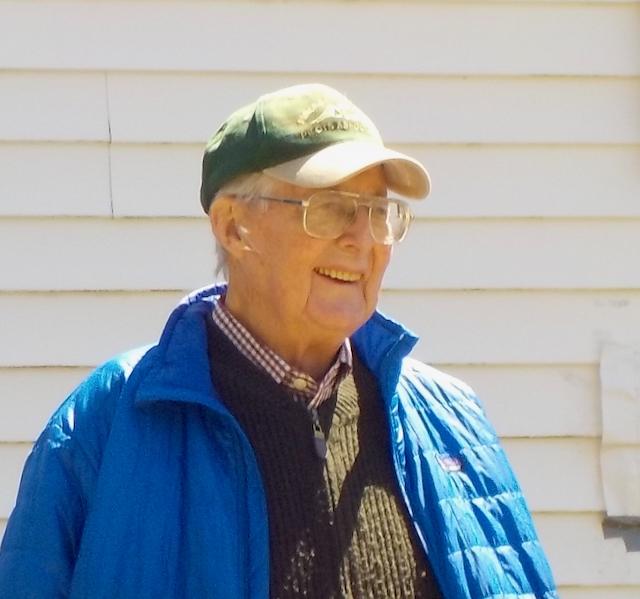 LAKEVILLE — Ever the quiet force, Neil Scott passed away peacefully at Sharon Hospital on Oct. 12, 2022, after 94 years of a remarkable life. Born in Bolton, Great Britain, in 1928, Neil spent an active youth sailing, rowing, fishing, and hiking around the Isle of Man, a small island between England and Ireland. He attended King William’s College on the island through his high school years, then was conscripted into the Royal Air Force. Always a man of wry, understated humor, asked what he did in the RAF, his reply was “played six-a-side hockey in the hangars.”

Following the RAF, Neil attended Keble College at Oxford University from 1950 to 1952 where he studied chemistry and won numerous rowing cups for Keble. He then taught chemistry and coached rowing at The King’s School, Canterbury from 1953 to 1969. At King’s Neil met and married his wife Jill. Seeking new adventures, Neil moved with his young family to Quebec in 1969 to teach at Stanstead. A year later, Neil was recruited by The Hotchkiss School in Lakeville to teach chemistry. While at Hotchkiss Neil also started the sailing program, and later coached girls’ varsity field hockey, both teams winning championships in short order.

Neil arranged a year-long teaching exchange in New Zealand in 1986, where he and Jill enjoyed camping, playing golf, and traveling around the islands as much as the teaching. He retired from Hotchkiss in 1993 and happily spent more time based in Lakeville, but out on the water whenever possible with his wife, children and grandchildren. Neil was a longtime volunteer for Reading for the Blind, and used his science expertise while on the Salisbury Town Sewer Commission. As a 50-year member, Neil firmly believed in the mission of the Rotary club, to provide service to others. His special interest was serving on Rotary’s Scholarship Committee, following his lifelong love of working with students.

Neil is survived by his wife Jill, son David (Kari MacKay), daughter Carol, grandchildren Harry, Alex, Philip and Spencer, and his brother Ian. He is predeceased by his daughter Kathryn and brother Geoff.

We all miss him greatly. A memorial service will be held in The Hotchkiss School Chapel at 2:00 p.m. on Sunday, Oct. 30. In lieu of flowers, donations can be made in Neil’s name to the Salisbury Rotary Club Foundation Scholarship Fund, P.O. Box 287 Salisbury, CT 06068. Remembrances of Neil can be sent to briankenny@kennyfuneralhomes.com.