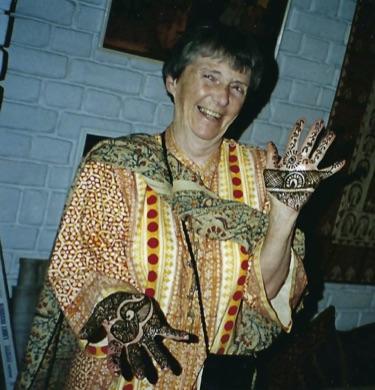 Maureen was born on July 29, 1933, in New York to the late Hetty (Carley) and Frank Cole. She was predeceased by her loving husband, José Antonio “Toni” Machado Prentice.

Maureen graduated from Housatonic Valley Regional High School in 1951 and went on to graduate from Green Mountain College in 1953 with an associate degree in Retail Management. She put her degree to good use at G. Fox in Hartford and as floor manager at G. Fox in Enfield, Conn. She married Toni in 1955.

Between being a hands-on mom, working, numerous pets, running kids from one activity to another and summers at the camp in Otis, Mass., she found time to volunteer at Milton Hall, the Historical Society and the Cornwall Women’s Society annual Rummage Sale, where she ended up cleaning in the sink and working the Tiffany Table.

She had a great love of history and spent many years archiving photos of Cornwall for the Historical Society as well as countless hours on “The History of Cornwall” book.

Ever the advocate for voting she was a pollster at election time in Cornwall.

Brought up Catholic, she had a great devotion to her beloved St. Bridget Church of Cornwall Bridge. She read at Mass, took care of the alter linens, helped at many potlucks and their annual rummage sale.

The Prentice Family would like to thank the wonderful staff on Cardinal Court at Geer for the love and care of Maureen for the last two years.

In lieu of flowers please donate to Alzheimer’s Research, the Cornwall Historical Society or your local animal shelter.

A Mass service was held at St. Bridget’s Church in Cornwall on Oct. 13.