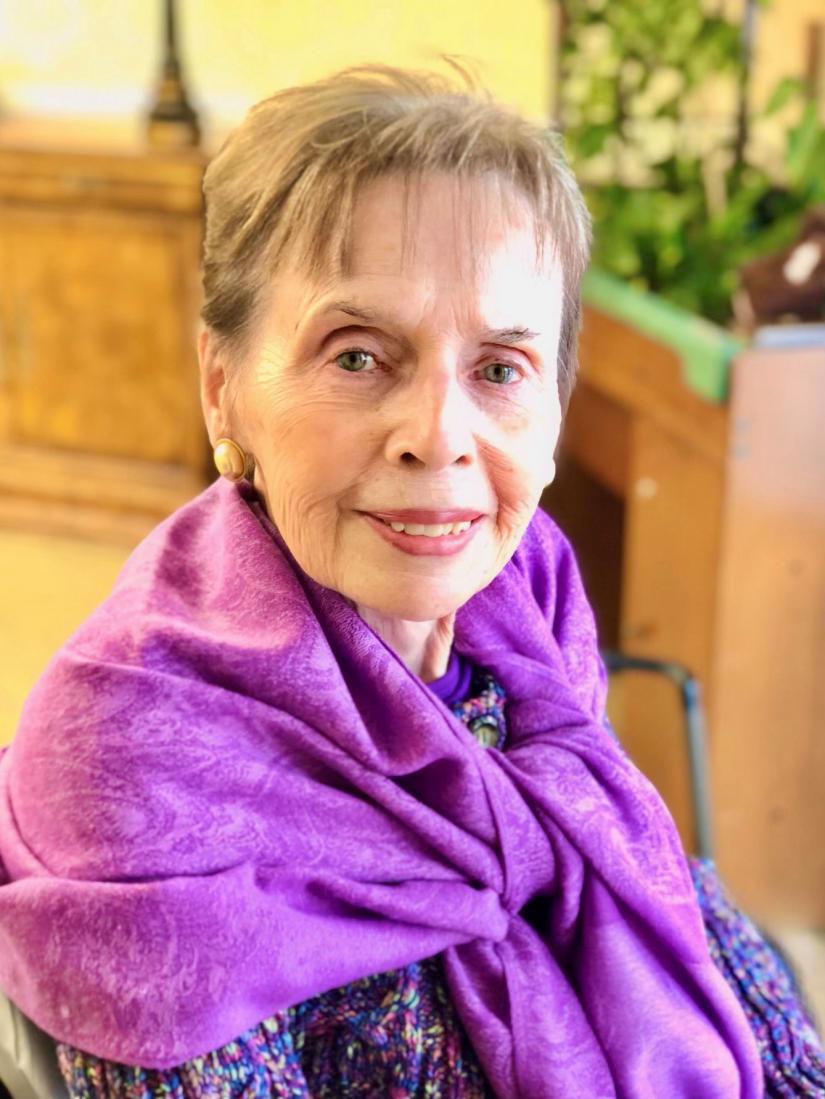 LAKEVILLE — Mary Grace Erbacher, 87, died peacefully on Sept. 28, 2022, at The Osborn, in Rye, New York.  She was a long-time resident of Larchmont, New York and Lakeville.  Born on Nov. 17, 1934, in New York City, she was the daughter of James David Walsh and Anne Prior Walsh.  On July 1, 1961, Mary Grace married Edward J. Erbacher, her loving husband of 57 years, at the Church of Our Lady of Peace in Manhattan.

Mary Grace, “MG”, was a proud graduate of Marymount Manhattan College, class of 1955, and went on to serve her college in many capacities.  She was the president of the Alumni Association, Chairwoman of Committees & Benefits, and was the first alumna and lay woman elected to the Board of Trustees. In 1975, her alma mater awarded her an honorary Doctor of Laws degree.

Mary Grace first worked as an elementary school teacher in Manhattan and in later life as an insurance broker in Pelham, New York. For many years, she was a volunteer for Ursuline Outreach Adult Learning Center in New Rochelle, New York, and St. Vincent’s Hospital Westchester. She was a parishioner of St. Mary’s Church, Lakeville, a dedicated volunteer at Noble Horizons, Salisbury, and an active member of both Habitat for Humanity and Voice of the Faithful.  Mary Grace believed in service to others and while many benefited from this, the primary recipients of her kind attentions and devotions were her family and friends, who count themselves fortunate to have had her in their lives.

Mary Grace was predeceased by her husband Edward and her sister, Kathleen Walsh Errett. She is survived by her cherished sister, Deirdre Walsh Lambe of Manhattan, and three devoted daughters: Maria Csenge (Geoffrey) of Larchmont, Deirdre Price (Huw) of Oxford, England, and Amy Jackson (Bruce) of New Rochelle.  She will greatly be missed by her seven grandchildren: Justin and Emma Csenge, Dylan and Madeline Price, Kiera, Calvin, and Oscar Jackson.

A memorial mass will be held at 10:30 AM on Thursday, Oct. 27 at the Church of Saints John & Paul, Larchmont, New York. Burial will be private.

In lieu of flowers, memorial contributions can be made to: Religious of the Sacred Heart of Mary Eastern, America; Planned Parenthood; Alzheimer’s Association.