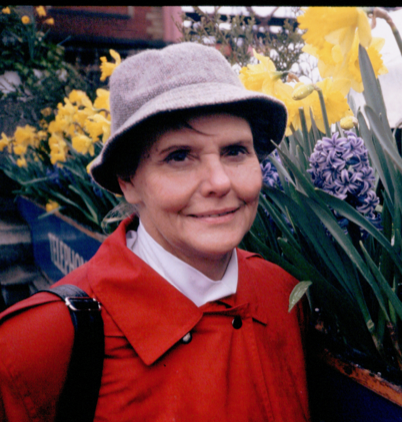 LAKEVILLE — Marian Ferguson finished her life peacefully on Monday, Nov. 21, 2022,  at the Sharon Hospital.  With her were her loving husband Carr, her daughters Laura, Sharon, Marcia and Sandy and her four beloved sons-in-law.  Sending their loving farewells were her eleven grandchildren and her three great grandchildren, in each of whom she instilled her own great love of Lakeville and her home on its lake. When she arrived on its shores in 1962, she sensed she had found her home for life.  In the six decades since, she formed abiding friendships with other parents, fellow sailors, golfers, tennis players, skiers, skaters, bridge players, worshippers, demonstrators, hikers and travelers. Her gusto for life, and friends, her grace and athleticism were legendary.

Marian was born Marian Evelyn Nelson on June 15, 1931, in Toledo, Ohio, to Robert Nelson and Marian Neely Nelson.  Marian’s formative teen years were spent in Larchmont, New York, where she was elected her high school’s queen, “not just for her intelligence and beauty but for her enthusiastic friendship with all of us.”  During a summer break from college in 1950, she was offered a spot at Sun Valley, Idaho, entertaining resort guests in its swim show and waiting on tables.  On her second day there, she met one of her busboys, Carr Ferguson, who was also summer college help.  They fell in love at first sight and married four years later as soon as their graduate and law degrees were in hand (hers in speech therapy and his in law).

Work took them first to Washington, D.C., where their first two daughters were born, then to Iowa City, Iowa where their third daughter joined the family, and to New York City and Lakeville, their fourth daughter being born in the Sharon Hospital.

The heart of Marian’s life was her family, whose own lives gave her greatest satisfaction.  Her work as a speech therapist, however, benefited countless patients and students, starting at Cornell with older stroke victims of aphasia (a problem she confronted herself in her last years,) and later, children with the same disease while working at Stanford University’s Institute of Childhood Aphasia.

Equally rewarding, was her work on speech and learning issues for students in New York and Washington schools.  In Washington, she participated in the establishment the first secondary school dedicated to such students, serving as the Chelsea School’s first diagnostician and admitting officer as well as classroom teacher, for which service her students voted her their commencement speaker.

Marian travelled extensively and adventurously in her later years, voyaging to the remote highlands of New Guinea and bathing among penguins in Antarctica.

At home, she was a consummate hostess, sharing her rambling house on Lakeville Lake, “Roundelay” with an ever-expanding number of friends, friends of friends and many a chance-met stray. Her motto on all occasions was “the more the merrier.”

Her loving family will strive to keep her welcoming spirit alive and bright, carrying her legacy of hospitality and kindliness into the future.

Donations or offerings in her memory may be made to her dear friends at the Salisbury Volunteer Ambulance Service, P.O. Box 582, Salisbury, CT 06068.