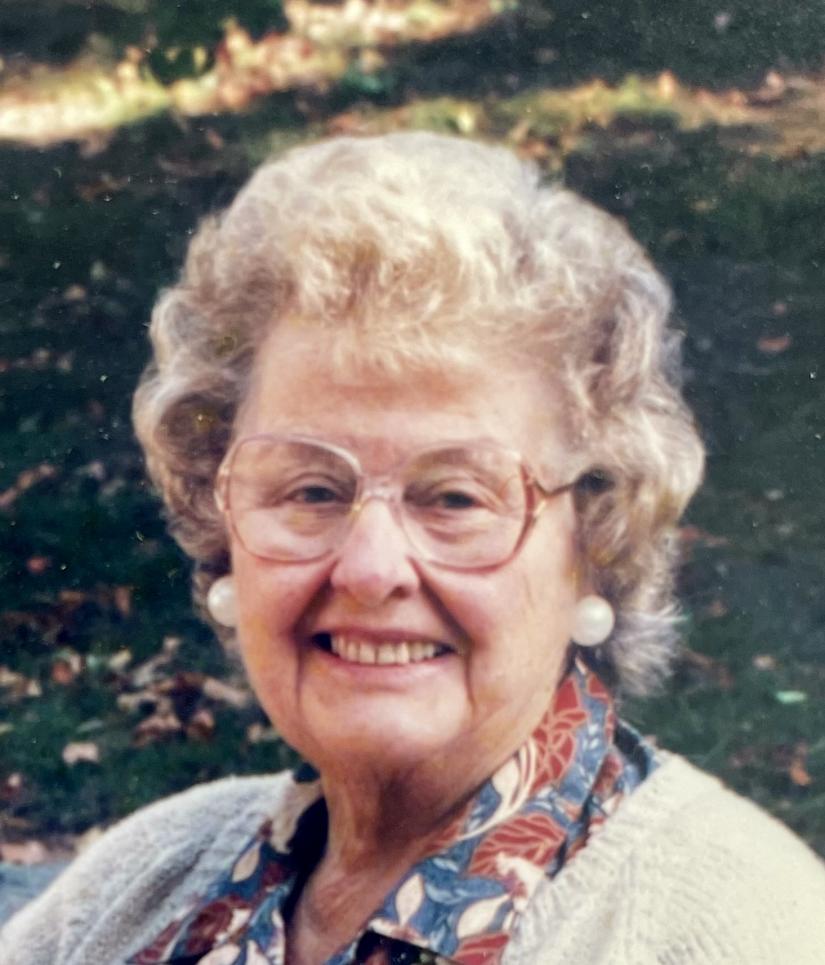 CANAAN — Julia C. Segalla passed away peacefully on Thursday, Jan. 12, 2023. She was born on Jan. 22, 1926, the daughter of Marcello and Aurora Del Tenno. Julia and her sister, Antoinette, were raised in Canaan, where Julia remained as a lifetime resident. She is survived by her children, Tina Segalla-Grant and husband, Larry of Brookfield, Connecticut, Mark D. Segalla and wife, Deborah DeSimone of New York City, and by her grandchildren; Kelly and Chad Scandrett, Melissa Grant, Mark A. and Kate Segalla. She was predeceased by her husband, Anthony (Peno), and daughter, Alena.

A member of the first graduating class of Housatonic Valley Regional High School in 1943, Julia was a well-respected and compassionate educator. She attended the New York City Universal School of Arts as well as Boston University’s Conservatory of Music before she married, and in 1958 Julia returned to college receiving a Bachelor of Science (1962), a Master’s in Science in Reading degree (1968), and a Sixth Year in Guidance and Administration from the University of Hartford (1974). She began her career as a much-loved kindergarten teacher at Botelle Elementary School in Norfolk and taught at Batcheller Elementary School in Winsted and Salisbury Central School. She instilled in every student an enthusiasm for reading and could convince even the most reluctant child to embrace learning. In 1968 she was hired as the very first Resource Teacher in Regional School District 1, and in 1980 served as the Early Childhood Coordinator for the Regional District.

In 1978 Julia was awarded a year’s sabbatical and attended Columbia University to pursue advanced degree graduate courses. During that year Julia also traveled to Japan for five weeks and accompanied by an interpreter, visited local schools conferring with teachers and administrators. Upon returning to the United States, Julia was chosen as a Friendship Ambassador from Connecticut and traveled to Germany where she lived at the home of the Commissioner of Education in Northern Germany and visited schools throughout the region, observing reading and teaching techniques.

Julia was named Region One Director of Pupil Services in 1986. Known for her care and love for children, Julia traveled throughout the northwest corner of the state for many years meeting with parents and children aged birth to three to evaluate and provide support for families who could benefit from special education resources.

The in-home program she developed was replicated throughout Connecticut, in part because of the many families whose children achieved significant educational and personal success by following the in-home curriculum. Chosen by the senior class as their faculty advisor, Julia was honored to have the HVRHS yearbook, The White Oak, dedicated to her in 1976. Julia officially retired from HVRHS in 1992.

Julia was an active community member. She was elected to the North Canaan Board of Finance and served as secretary. She was also an energetic member of various local and regional organizations, including the Falls Village-Canaan Historical Society, the Northwest Connecticut Girl Scout Council, the Woman’s College Club of Litchfield County, and the Delta Kappa Gamma Society of Women Educators.

For twenty years, Julia was the children’s and adult choir director as well as organist of the North Canaan Pilgrim Congregational Church. Julia’s professional interests were balanced by her love of travel, including journeys to over thirty-three countries, most notably traveling to Russia and China in 1973, the year after these countries were open to Western world travelers. Trips throughout the United States and on cruise ships were frequent, some with family and some solo. Julia and her family spent many memorable vacations at the much-loved lakeside cottage Peno built for Julia’s mother, Aurora Phifield, in Woodford, Vermont. After Julia retired, she spent the winter months at her home in warm and sunny Venice, Florida.

Julia delighted in entertaining, and was well recognized for her culinary abilities, known by many for her tasty homemade soups and special Christmas rolls. Equally enjoyable to Julia was her participation in various HVRHS plays, most notably playing Bloody Mary in South Pacific and Fraulein Schneider in Cabaret. Creative as well as artistic, Julia’s greatest gifts to her family and friends were a curious mind and a love of reading, art appreciation, singing, and travel.

Julia was a person of strong faith, who always saw the good in people. Never one to speak ill of others, Julia provided comfort to many with her acts of kindness. She was a compassionate, generous woman with an undeniable work ethic always willing to learn and listen to alternative points of views. A woman of great courage and perseverance, Julia battled macular degeneration and Alzheimer’s disease in the later years of her life. She was able to maneuver those years with grace by using her intelligence and the many good habits she practiced throughout her life. Despite these challenges, she remained positive and upbeat. Her strength, humanity, and kindheartedness will be deeply missed, and remembered by many.

A memorial service will be held at 1:00 p.m. on Saturday, Jan. 28 at Geer Village Lodge in Canaan (77 South Canaan Road, Canaan). Due to Covid-19 challenges, facial coverings are required. There are no calling hours and burial will be private. In lieu of flowers, the family would be honored by a donation in Julia’s memory to the Friends of the Canaan History Center (P.O. Box 145, Canaan, CT 06018), an association dear to her heart.