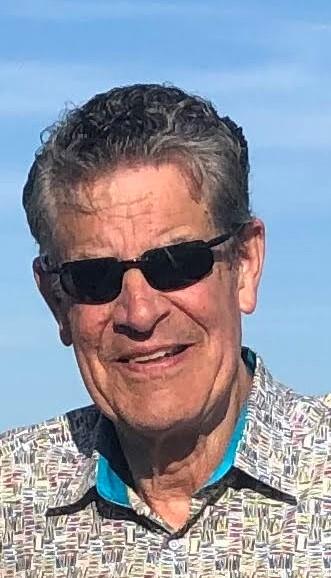 SALISBURY — John W. McMullan, 80, of Salisbury and Selbyville, Del., passed away in the loving care of his wife, Barbara, and Seasons Hospice at his Selbyville home on Jan. 3, 2021.

He fought a year-long battle with pancreatic cancer with integrity and grit.

John was a very unique and versatile man with many diverse accomplishments. He was a retired Spanish instructor at The Hotchkiss School in Lakeville and Millbrook School in Millbrook, and a textbook author. John coached wrestling and field hockey at Hotchkiss. He served on the Board of Recording for the Blind and he worked in a leadership position for Educational Testing Service for the grading of the Spanish Advanced Placement Examinations.

He loved ’60s tunes and doo-wop music. He also enjoyed fishing and travel.

He was greatly influenced by his father, who taught directing, at the Yale School of Drama and developed his longtime passion for the Spanish language and culture when living with his family in Santiago, Chile, where his father directed and taught theater.

John was a demanding teacher and was considered a master teacher by his colleagues and students.

Most recently in Delaware, John was involved with a men’s singing group and a weekly writing group. His Delaware friends shared: “Our community is bereft of a man with dignity, humor and intelligence in a time when we need more like him rather than less.”

John is also survived by his beloved, beautiful canine companion, Millie, who was at his side when he passed away, and is an important part of the family.

Due to the coronavirus restrictions, a memorial service will be planned at a later date. In lieu of flowers, the family suggests memorial contributions to Scholarship Assistance at Hamilton College, 198 College Hill Road, Clinton, NY 12223, which can also be found on-line at hamilton.edu/give.