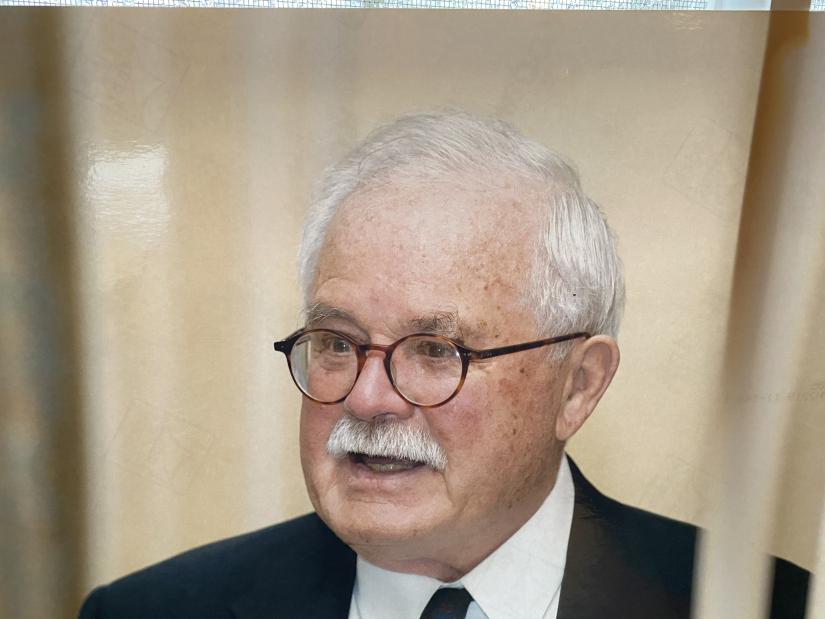 John graduated from Andover and Harvard on scholarships and the GI Bill. He served in the Army from 1945 to 1947.

After college he worked for two years as a merchant marine before being employed at the US Trust Company for 12 years.   From 1966 to 1991 he was a managing general partner, partial owner and executive vice president of the former investment firm J&W Seligman.

He served on the boards of several private and public companies during his career.

He moved to Sharon in 1957, where he raised his family and lived until 2017, when he moved to Noble Horizons.

He was a long-time member of the Sharon Country Club, of which he was president; and he helped to initially organize the Sharon Land Trust.

He lived part-time in Jackson Hole, Wyo., in his retirement. He loved to hunt, fish and play golf, but, most importantly, he loved his family.

He was predeceased by his wife, Emily Sue Lynch; and is survived by his four children, Mybl of Dixon, N.M., Elizabeth of San Diego, Calif., Jake (and his wife Tiffany) of Hong Kong and Michael (and his wife Carol) of Sharon; and three grandchildren, Anna-Lee, Conrad and Emily.

A memorial service will be held a later date.