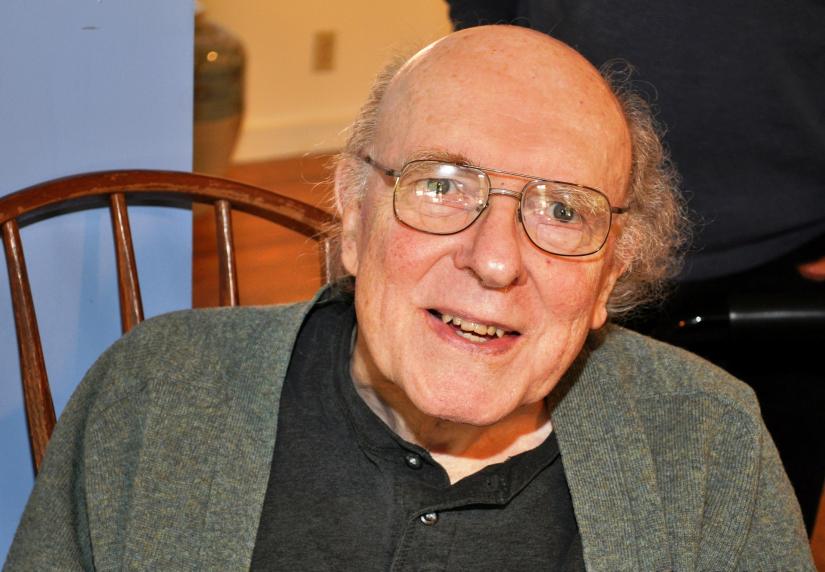 John was born May 6, 1937, in Isleworth, London, England, to Herbert Perry and Phyllis Ivy Perry.

John excelled in school and sports.

After completing his undergraduate degree in history, John went on to complete a master’s degree in business management in the United States, and stayed here to make a life.

John married Sybil McGiveran in 1966, and together they raised three sons. He built a career as a business consultant, specializing in strategic planning and implementation.

John loved his family, poetry, the outdoors, and was concerned about politics and the state of the world.

He was a voracious reader and seeker of knowledge. His quest for learning never waned.

Writing poetry was a lifelong interest, and once he moved to the Sharon area, he joined the Oliver Wolcott Poetry Group. He also was a man who ate with gusto and who loved marmalade, but not chocolate.

He was involved with the Religious Society of Friends (Quakers) for most of his adult life. He began attending meetings for worship in 1971 and became a member in 1976. John participated in many roles on the local and state levels and was an active volunteer in the Alternatives to Violence Project. He was enriched by opportunities for deepening his connection with God and caring for others.

John was preceded in death by his parents; and his son, Philip.

A memorial service will be planned at Powell House for a time when public gatherings may be safely held.  Gifts may be made in John’s memory to the Powell House conference and retreat center, 524 Pitt Hall Road, Old Chatham, NY 12136, or to the Alternatives to Violence Project (AVP-USA).