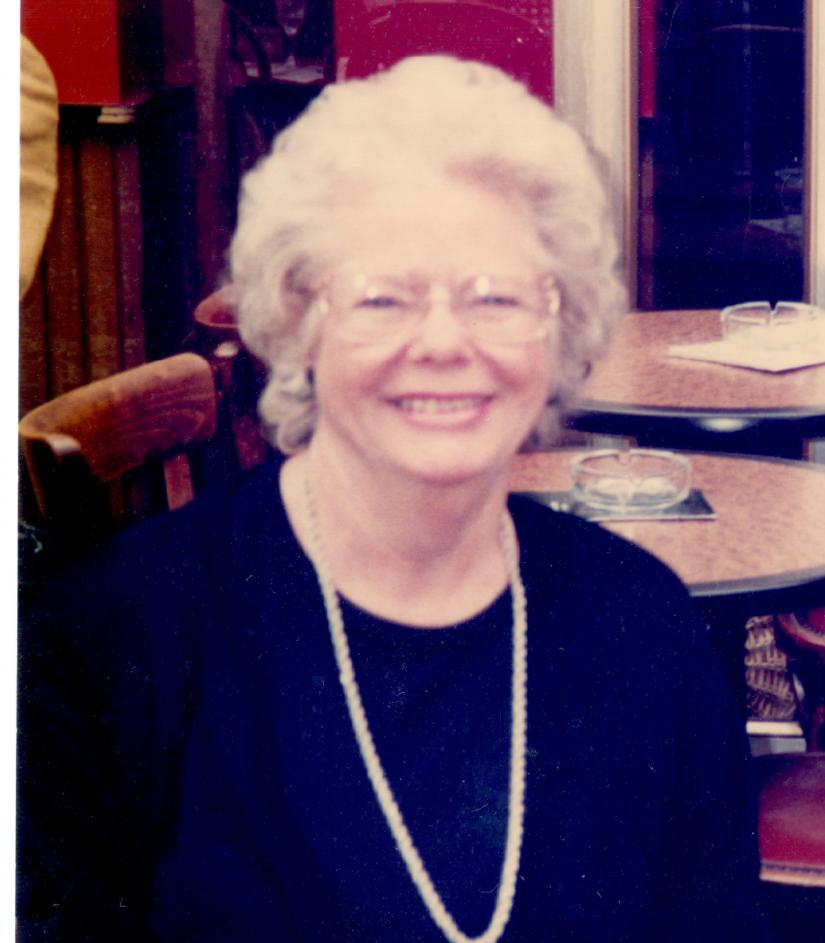 A love of travel and adventure led her to teach in public high schools in Nevada (witnessing an atomic bomb explosion), California and Florida. In 1953 she spent the year at Itazuke Air Force Base, Fukuoka, Japan, teaching U.S. military dependents.

After marriage, from 1961 to 1991 Joan lived in Salisbury, teaching at local public and private high schools.  She took 10 years from her professional work to stay at home and raise her children, and then retired after 13 years at the Marvelwood School in Cornwall.

She and her husband spent the next 10 years cruising the Caribbean in their 37-foot. Morgan ketch, GREY DOLPHIN, and traveling widely in Europe and the U.S. They purchased a home in Lakewood Park in 1991, as a base for their sailings.

Joan was a member of St. Mary’s Church in Lake–ville and St. Anastasia’s Church in Fort Pierce, Fla.

She had many interests including: classical music and opera, reading, linguistics, history and geography, geology, handwork-knitting and embroidery.

Joan was preceded in death by her parents, John and Marie Handschin; a brother, John; and her husband of 61 years, Joseph. She is survived by their five children, John, Ronald, Anne, Daniel and Edward; and grandchildren Jake and Luke.

She was a moral and spiritual woman and loved her family dearly … a true Lady.  She will be missed.

A celebration of her life will be held at a later date.  Arrangements are by Haisley Funeral & Cremation in Fort Pierce.