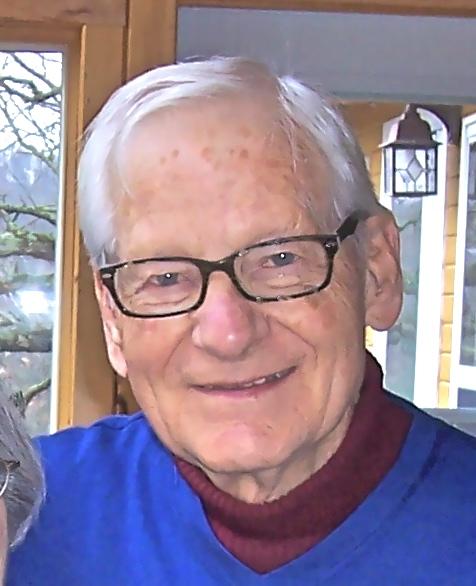 AMENIA — The Smithfield Valley of Amenia mourns the loss of treasured resident, J.C. Webb, 92, who died peacefully on August 29, 2021 in the Swiss chalet-style home he built overlooking the valley. He and his beloved wife, Gloryann lived in Smithfield for 50 years before she pre-deceased him in February of 2020.

Neighbors and friends will remember J.C. for his mechanical knowledge and problem solving skills–selflessly offered to neighbors in need–his quiet demeanor, wise counsel, and love of a good laugh at the end of a well-told story. An accomplished woodworker, mechanic and engineer, J.C. used his talents in countless ways to enrich the community, including building the pipe organ casing in the Smithfield Church, and renovating the Indian Rock School House in Amenia.

J.C. was born in Dimmitt, Texas to sharecropper parents, Carl and Bertie Webb, the middle of three sons. Raised during the Depression at the height of the Dustbowl years, he worked his way out of poverty to graduate from Texas Tech with a degree in Physics. Migrating north to New York, he enrolled in Columbia University to study electrical engineering while working for Sperry Gyroscope. Here he met and married the love of his life, Gloryann Gall, of Ozone Park, New York, in 1954.  Following two years obligatory service in the U.S. Army, he built a home for his family in Armonk, New York while working for General Precision Laboratories. With a growing family of three children, he and Gloryann sought more open space and headed north, purchasing an old defunct dairy farm in Amenia. Over the next 20 years, he refurbished the farmhouse while working for IBM in East Fishkill. During his last years at IBM before retiring in 1985, he again set his sights on constructing a house, first tearing down the old dairy barn to repurpose its beams and siding into an exquisite and unique retirement home, boasting a beautiful view of the Smithfield Valley.

J.C. was a dedicated provider for his cherished wife and family and served as a role model to many. Admired for his self-reliance, there were few things he couldn’t take apart and make work better. He was an independent thinker, an avid reader, a conservationist, and a devotee of the Swedenborgian Christian faith. He was beloved by all whose lives he touched, in particular his care givers during his last difficult years for his unwavering grace and appreciation for their help. He will be missed.

J.C. is predeceased by his wife of 65 ½ years, Gloryann, his older brother Marcine and wife Nita Lou, of San Angelo, Texas, all within the last two years.  He is survived by his younger brother Tommie of Farmington, New Mexico, and his three children:  Cindy Sieger of Escondido, CA, Dale Webb and wife Phyllis of Sheffield, MA, and Sharon Webb of Brooklyn, NY; and grandchildren: Tessa Sieger, Adam Sieger and wife Shawna, Joshua, Benjamin and Samuel Webb, and great grandson, Axel Sieger.

A joint memorial service for J.C. and Gloryann will be held at Smithfield Presbyterian Church in Amenia, date TBD. Contributions may be made in J.C.’s name to the Union of Concerned Scientists, American Friends Service Committee, or The Smithfield Church.

The family requests that donations be made in lieu of flowers.

Arrangements have been entrusted to the Scott D. Conklin Funeral Home, 37 Park Avenue, Millerton, NY 12546. To send an online condolence to the family please visit www.conklinfuneralhome.com