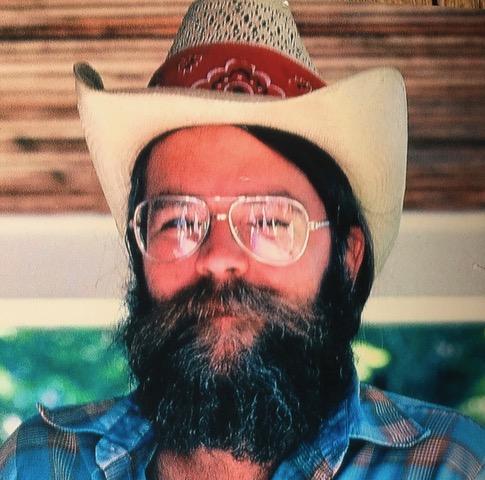 The son of Otho Hicks and Willa Fowler, James Nelson Fowler was born on April 27, 1944, in Morganton, N.C. Along with his older sister, Sylvia, Jamie enjoyed an idyllic small-town childhood with nature, big family gatherings, firearms, moon pies and comic books, as well as work and academic success.

Jamie attended the University of North Carolina at Chapel Hill, where he met his lifelong friend Jack Brooks at the Phi Mu Alpha fraternity, known for its musical talent, and played trombone with the Marching Tar Heels. After getting his bachelor’s degree in psychology, Jamie went on to study Business Administration and Marketing and married his hometown sweetheart, Linda Seitz Fowler, in 1965. They had a beautiful baby girl, Jessica Kirsten Fowler, in April 1966, and Jamie got his Master’s Degree the same year.

The young family moved to Washington, D.C., and then on to Denver, where Jamie took a job with Colorado Market Research Services (CMRS). He and Linda separated, to remain lifelong friends. In 1973, he met the love of his life, Lynn Eden, and her three children (Jeff, Kristine and Jack Anstine) in Denver and he followed Lynn’s move to West Cornwall the following year. CMRS did not want to lose such a talented employee, so they pioneered a “remote work” agreement, with Jamie using offices in West Cornwall or Sharon, and visiting the Denver office frequently. In 1976, Lynn and Jamie welcomed another beautiful baby girl, Clea Brooks Fowler. Jamie was now the calm head of a massive dinner table, including five children, with numerous friends young and old always welcome.

The family enjoyed frequent vacations across and around the United States, as well as a trip to Mexico and occasional visits to Montreal, where his sister, Sylvia Kovats, lived with her family and taught physics.

Jamie had a beautiful singing voice and could play the trombone, dulcimer and autoharp. The many visitors to West Cornwall will remember the stereo above the piano, and Jamie’s enormous record collection, ranging from the Carter Family to Led Zeppelin, and of course, every album by John Prine. There was no TV, so his kids will remember the wealth of books and the sound of Jamie’s voice reading aloud, from Chinese folktales to Oz books to Kurt Vonnegut.

Jamie was handy with tools, building everything from bunk beds to a porch, and kept a well-balanced checkbook while assisting children through college and beyond. His dry humor and glorious/terrible puns were notable, as was his quiet strength. In 1988, when Cornwall voted to ratify the U.S. Constitution 200 years after the fact, Jamie urged his neighbors not to be too hasty.

Jamie retired, and suffered a stroke in 2007, and he and Lynn bought a house in North Canaan in 2008, an amazing feat during the financial crisis. As reading became more difficult, Jamie discovered television in its current golden age, enjoying everything from Jeopardy to Danish cinema to the news.

A lifelong Democrat, he persevered through 2020 to cast his ballot for Joe Biden, and died knowing the sweet fruits of his labor.

He is survived by his family and 8 grandchildren. A memorial will be held in April 2021.

In lieu of flowers, the family requests donations in Jamie’s memory to the Douglas Library (www.douglaslibrarycanaan.org/donate) in North Canaan.