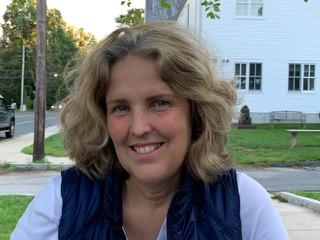 She was born in Marseille, France, where her father, John L. Kuhn, was a Foreign Service Officer posted to the U.S. Consulate. Jacqueline then moved to Strasbourg and Paris, France, and to Rome, Italy.  Her first nine years in France decisively shaped her life, education and choice of a profession, which centered around the French language she spoke so beautifully throughout her life with her sisters, Marian Kuhn Beers of West Hartford and Salisbury, and Eleanore Hopkins Boyse, of Washington, D.C., and Salisbury.

Jackie, as she was known to her many friends, graduated from the Kent School, earned a B.A. in French from Columbia and an M.A. in French from the University of Connecticut. She taught French at the Brooks School in North Andover, Mass., the Orme School in Orme, Ariz., the Indian Mountain School in Lakeville, the School Without Walls in Washington, D.C., and Chancellor High School in Fredericksburg, Va. — at each institution transmitting to her pupils her love of the language and culture.

After she returned to the Northwest Corner, she became active in the French Group.  Just in the past year, she drew on the cross-cultural experiences of her youth to host an AFS student from Thailand.

Her childhood in France was rich in culture. She visited many gardens and estates with her mother, the late Anita Coxe Kuhn of Salisbury, which shaped her profound love of natural beauty and sparked a parallel passion for horticulture and landscape design.

Jacqueline worked at numerous private gardens and estates — including Dumbarton Oaks in Georgetown/Washington, D.C., Harvard University’s Arnold Arboretum in Jamaica Plains, Mass., and Longwood Gardens in Kennett Square, Pa.  She also ran La Verdure Landscaping, a business she built in Washington, D.C. Her own vegetable and flower garden is stunning.

An avid athlete, Jacqueline was on the varsity lacrosse, soccer, swimming and crew teams at Kent. Throughout her life, a day would not be complete without a hike or a swim. Jackie hiked along the Pacific Crest Trail, all but a small portion of the Appalachian Trail, and actively participated in Masters Swimming.

Jacqueline was a longtime member of the National Society of the Colonial Dames, Trinity Episcopal Church, in Lime Rock, the Litchfield County University Club, and the Crescendo Singers of the Northwest Corner.

She was predeceased by her brother, William Speer Kuhn III, and is survived by her two devoted sisters, Marian Beers and Eleanore Boyse, her brother’s-in-law, David Beers and Matthew Boyse, as well as nephews Fentress Boyse, his wife, Leila, and son, Henry, of New York, N.Y., Derek Boyse of Bozeman, Mont., and Slava Browning of West Hartford, Conn., and nieces Natalie Boyse of Washington, D.C., and Anya Browning of South Kent.

The funeral service for Jackie was held at Trinity Episcopal Church in Lime Rock on Aug. 9. Donations may be made to Trinity Church or the William Speer Kuhn III Fund at the Johns Hopkins University School of Advanced International Studies (SAIS), which supports student internships in the former Soviet Union.