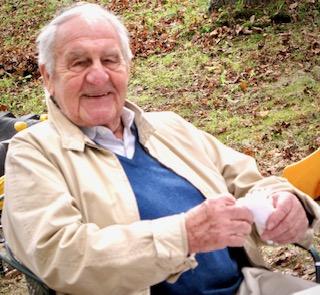 The son of Dr. Juris Hans Meili-Laetsch and Elisabeth Meili-Laetsch, Joerg was the eldest of his three brothers: Dieter (deceased), Christoph and Adrian.

Although Hans Joerg grew up in the city of Zurich as the son of a District Attorney, he always had a penchant for farming and his parents had memories of him running around barefoot to visit a neighboring farmer with a few dairy cows. Because of his love of all things agriculture, he attended the Landwirtschaftschule (an agricultural college) in the Swiss canton of Neuchatel and graduated with high honors. Joerg spoke several languages and because Neuchatel is in the French-speaking part of Switzerland, despite growing up in the German-speaking portion of the country, his classes were all in French. Upon graduating, he realized that a career in farming in Switzerland wasn’t that realistic due to the challenges of farming in a small, mountainous country —which made other distant lands more attractive. So, in order to learn about different types of agriculture, he planned to try farming in various other parts of the world. He started out by working on farms in England, Holland and Denmark. His next country was the United States; he was hired as manager of Bel-Air Farm in Millbrook, which at the time was one of the largest dairy farms in the Northeast and owned by a Swiss-German entrepreneur. Joerg arrived in 1953 with the intent to spend a year or so in the United States and then travel to Africa or South America to learn about their farming operations. But fate intervened and he met a vivacious woman named Carol from New York City who one day made the trip upstate to Bel-Air Farm to visit her teenage brother, who was spending a summer working on the farm. The exact facts are somewhat murky but here’s what we do know: one of her purposes in going to Bel-Air was to give the young Swiss farm manager a talking to about what she deemed unfair treatment of her younger brother. Apparently that conversation went very well because Joerg ended up driving Carol back to New York that night and shortly thereafter she moved to Millbrook as the wife of a country farmer. They had five children, Barbara, Jean (deceased), Joerg and twins Carla and Craig.

When Bel-Air was sold to a new owner, Joerg purchased a small farm on the border of Amenia and Sharon and also started a silo and storage tank construction business. Unfortunately, Carol died of cancer in 1970, just a few short years after the family settled in Amenia.

For decades, Hans Joerg and his business partner sold and constructed silos and tanks in the Northeast, including projects throughout New England and most of the mid-Atlantic region. Over the years, he also expanded the farm. Upon retiring, he returned full-time to farming and some years ago he realized his long-held dream of watching a herd of beef cows grazing outside his house. He developed a herd which mixed Belted Galloways and Herefords (sometimes resulting in strange abstract markings) which have become a bit of a local attraction as they quietly graze in his field opposite Paley’s farm market in Sharon. Hans Joerg was very proud that his two sons, Joerg and Craig, have continued the family farming tradition and have their own farming operations.

Although his Swiss family would have preferred that Hans Joerg returned to Switzerland, he truly loved his new country and proudly became a citizen in the 1950s. He also loved traveling throughout the United States for both pleasure and business —he would often drive hundreds of miles (sometimes in a single day) to visit farmers and municipal customers in upstate New York or in various parts of New England. He also traveled abroad quite frequently, primarily in Europe but some of his most memorable trips were to New Zealand, Patagonia, South Africa and India. And of course he made frequent visits to his family in Switzerland, often accompanied by friends or family members — he wanted his children to have strong relationships with the extended Swiss family and to experience Swiss culture.

His companion for decades was Susanne Kaletsch, who lived in Sharon for many years but returned to her home country of Germany late last year.

Hans Joerg loved not only his own farm but all farms —one of his favorite activities was driving around the countryside, exploring back roads and taking in the spectacular natural beauty of the Tri-state area. In addition to enjoying watching his grandchildren grow up, one of his recent pleasures was tending to cats; he had a beloved cat, Phoebe, that was his constant companion for many years. After she died a few years ago, he started taking care of a collection of barn cats; because he fed them regularly, they all decided to pick up and move from the barn over to his house. At times there would be six or more cats lounging on his porch.

In addition to being an avid reader, he loved classical music and opera and was a frequent visitor, along with Susanne, to Music Mountain and The Shed at Tanglewood and he also enjoyed the Metropolitan Opera simulcasts at the Mahaiwe Theater in Great Barrington. He served on the Board of Directors of the Bank of Millbrook from 1983 through 2010 and thereafter was a Director Emeritus until his death.

Hans Joerg is survived by his children, Barbara, Joerg, Carla, her husband, Michael Clarke, and Craig; his grandchildren, Sam, Summer and Sarah Meili, Charlotte Clarke and Thatcher and Greta Meili; his brother, Christoph and wife, Christine, and his brother Adrian and wife Marianne; his sister-in-law, Giacinta (widow of Dieter); and many nieces, nephews and great-nieces and -nephews.

Calling hours will be on Friday, Dec. 11, from 4 to 6 p.m. at the Kenny Funeral Home in Sharon. A graveside ceremony will take place on Saturday, Dec. 12, at 10 a.m. at the Amenia Island Cemetery.