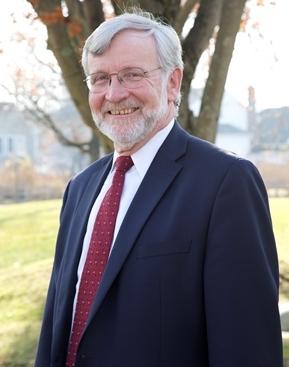 Pine Plains — Geoffrey (Geof) A. Talcott passed away on May 11, 2022, at his home in Pine Plains, New York.  Geof was born in Oceanside, New York on February 24, 1950. He was a person who lived life to the fullest.  He spent as much time with the people who were most important to him, and did the things he loved the most for as long as he could.

Geof was preceded in death by his parents, Jean and Allen Talcott, and his beloved son, Alec Geoffrey Talcott.  Geof is survived by his dear friend Dotti Talcott, cherished companion to the end. He leaves behind his son Dominic Pirrone, daughter Kimberly-Ann Pirrone, 3 grandchildren, 1 great-granddaughter,  several nieces and nephews, and his brother, James and wife Chae Talcott, all of whom were much-loved.

Geof had lifelong friends who thought of him as a brother, and others who considered him a friend after meeting him only once. He was mentor and “Uncle Geof” to many young people throughout his life.

Geof was a proud veteran of the United States Army. He served in Vietnam as an aircraft mechanic. After his service, he had a long career in banking, where he was admired by colleagues and respected by clients.  He retired from Salisbury Bank & Trust in Dover Plains, New York.

Geof’s passion for the outdoors led him to become an avid sportsman. By his own description, Geof fully embraced every activity that drew his interest.  He learned all he could, mastered the skills he needed, and shared his enthusiasm with friends and family. He tied his own flies, often creating his own patterns, imitating what was hatching on the stream he was fishing. He gathered an impressive collection of rifles, and then moved on to build them himself.  He traveled to Canada and through the western United States to hunt and fish.  At home, he was a member and treasurer of the Millerton Gun Club.

Later in life he found a new interest in and love for motorcycles.  To no one’s surprise, Geof had two Triumphs, not just one.  He took great pleasure in going on long rides with his cousins, with his friends , and of course, alone, to the beautiful places he held dear.  He was more comfortable in his motorcycle jacket than in his best suit and tie. Geof Talcott was deeply loved and will be sorely missed.

Visitation time for family and friends will be held Thursday May 19, 2022 from 4 to 8 p.m. at Peck and Peck Funeral Home, 7749 S. Main Street, Pine Plains, New York 12567. Interment will take place privately in the Stanford Cemetery.

In lieu of flowers Geof would request that donations be made to Hudson Valley Hospice Foundation, 80 Washington Street, Suite 204, Poughkeepsie, New York 12601. For directions or to leave a message of condolence please visit www.peckandpeck.net.