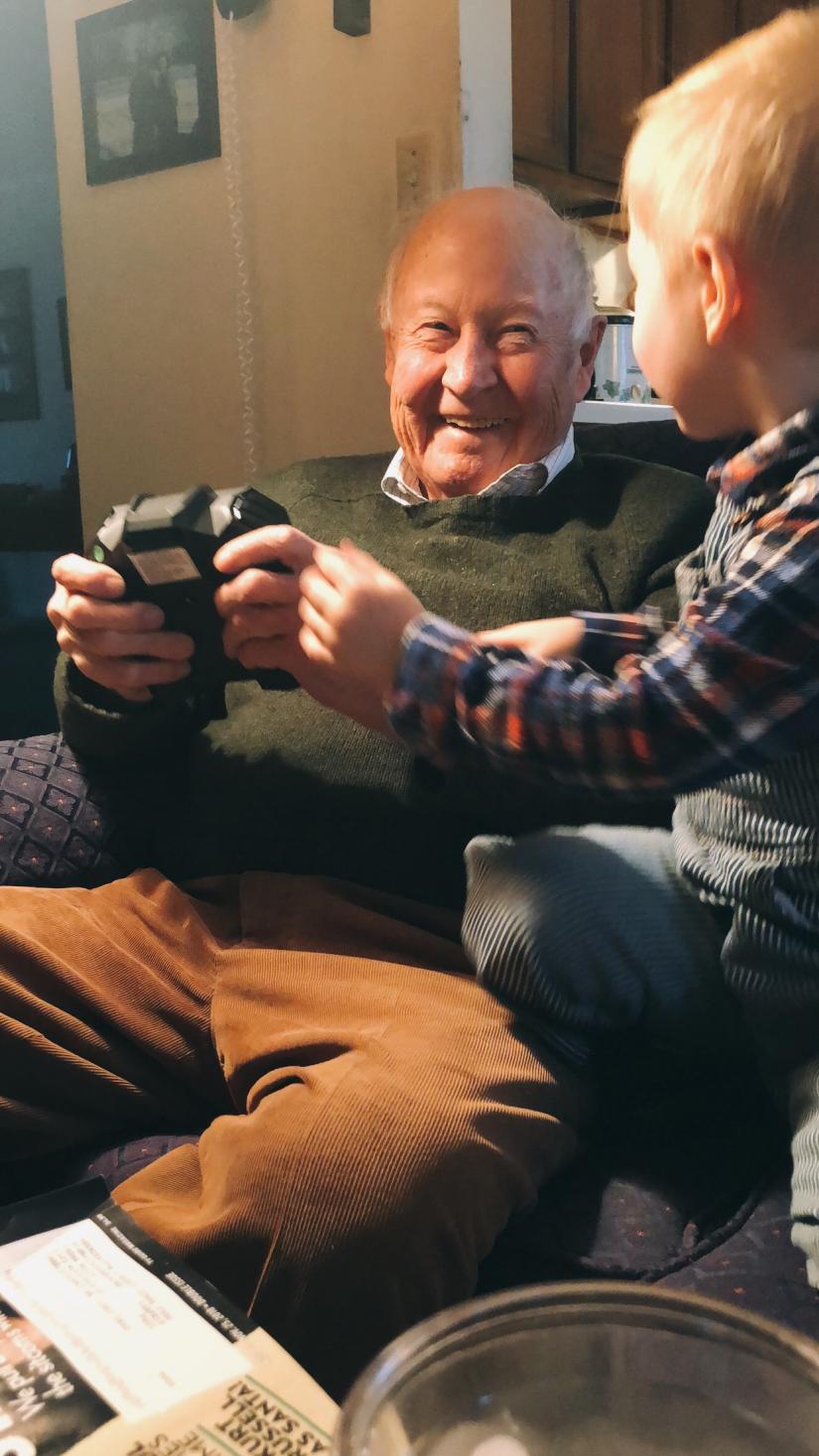 Frank was born in Brewster, N.Y., on June 24, 1929, to Caroline Washburn Wells and Henry Hubbard Wells. He was the youngest of six children: Tomlinson, Alfred, Henry (“Harry”), Crosby and Virginia, all of whom predeceased him.

Except for two years in the U.S. Army in Europe, he spent every summer until about eight years ago on Mount Riga in Salisbury, which he adored.

Frank followed his father, H.H.Wells, and his brothers Tomlinson, Alfred and Crosby to The Hotchkiss School. He graduated from the University of Virginia in 1953 and then served in the U.S. Army in Germany. His entire working career was spent in banking in Manhattan.

Frank is survived by Linda Blackford Wells; his four children, Lydia Wells Thornberry, Frank Wells, Diana Wells and Lindsay Wells; his many grandchildren, who adored their “Potts” (Jake and David Thornberry, Douglas Placais, Jesse Opler and Ali Deprodicini); and four great-grandchildren (Felix and Finnigan Placais and Declan and Ulla Clarke). All of his descendants, including his three stepchildren (Fritz, William and Elizabeth Mitchell), so enjoyed their many summers on Mount Riga at “the Wells’ camp.”